I had a minor problem which turned into an opportunity to asses the real value of the NYXLs. The A string snapped at the ball right away which, well, happens sometimes and I was stupid enough to cut my old strings on taking them off the bass so I bought a new EXL170 set from the local shop as an emergency replacement and when I put the A on, I was able to appreciate the massive difference between the two types of strings and to realise that for the time being, the NYXLs have the exact tone that I'm after. Each time I strum, I'm like, wow, I can't get enough of this sound! I'm curious to see how long the magic will last but I suspect these will come to be my new go-to strings.

Also, kudos to Thomann who were lightning fast in sending me a replacement for the snapped A string so now my bass is all set. Their customer service is second to none.
Hilfreich · Nicht hilfreich · Bewertung melden
Bewertung melden...

Sound Verarbeitung
Very good sound, last long
where am I, 26.11.2017
This strings sound very good and the feeling is good. They last very long, but not long as elixir or few similar brands with coated strings
Hilfreich · Nicht hilfreich · Bewertung melden
Bewertung melden... 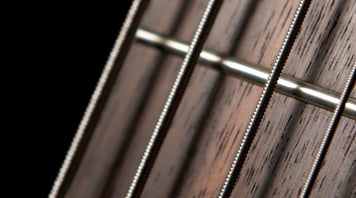