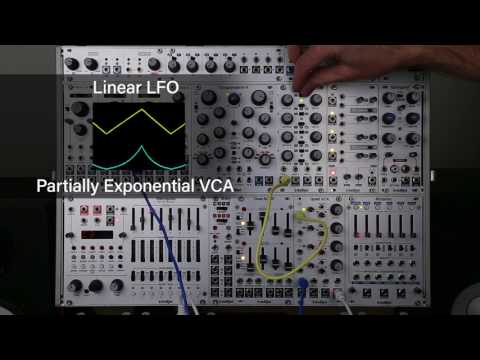 Bedienung Features Verarbeitung
kamielh, 22.01.2020
Nice vca. Per channel knobs for cv intensity, response curve and signal lvel. Very useful. I use it mainly as a mixer, where if so required I can blend in modulation of amplitude. I love it like this! The curve knob is great, usually in middle position, spikier modulation to the left, compressed modulation to the right. Some knobs are very miniature, but theres just enough room to reach them comfortably, undoubtedly some people will find this cramped. There is some cv and audio bleed but only audible with ridiculous amplification after the module. Same with distortion, it slightly distorts at low vca amplification, but normally completely inaudible. In general very clean sounding. It has a boost knob, it boosts, somewhat, but they should have it made to saturate, which really is TOO BAD... There are cheaper vcas or with more features (the malekko has a crossfading scanner, I might get it just for that, I think the mutable does bipolar multiplication (ringmo)), but right now I really appreciate the hands on and clean sound. Especially if you want to have just one vca/mixer module I don't think theres a better option. Oh and another plus: the vca outs are by default chained to the summing output, but if you use an individual output the signal no longer appears on the summer so you can just use it as a separate multiplicator, while still use the rest of the module as a mixer. O jah one thing is that it expects 0 to 10 volts cv, especially when you want to use the curve knob this means when you have 0 to 5 volts by default of control signals (like I do), there is the issue that in exponential mode the sound is in general much softer than in linear mode. For most people this is no issue but still.
Hilfreich · Nicht hilfreich · Bewertung melden
Bewertung melden...

The only "but" is the size of the module, 12 HP, which probably would not become a dealbreaker for this amount of functionality. Still there are couple of alternatives for smaller footprint.
Hilfreich · Nicht hilfreich · Bewertung melden
Bewertung melden... 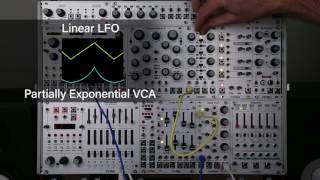 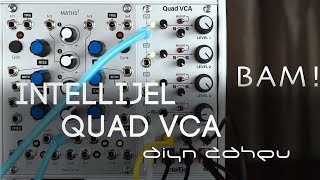