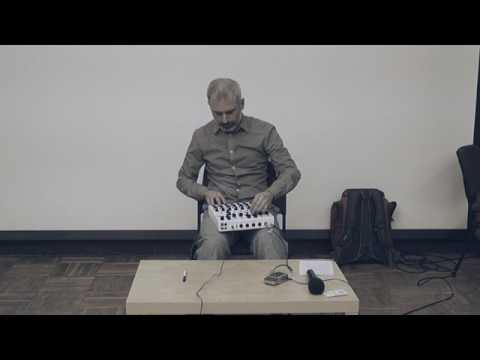 Übersetzung anzeigen
Original zeigen
Leider ist ein Fehler aufgetreten. Bitte wiederholen Sie diese Aktion später.
1B
Weird alien mindstrument 1 BPM 25.05.2021
My first Lyra-8 was the Black Beast. My second Lyra-8 now is the White Angel. Yes they sound different LOL. Each day no matter how carefully I try reproduce a patch, it will never sound exactly the same. The Lyra-8 is the startrek of boldly sound what no one has done before. Okay that was the intro. Now the details: Operation: especially the rather unpredictable Mod knobs are very sensitive to the minutest turn depending on the other knobs. Even opening one Osc with Mod Osc another is more than enough to drone longer mindights than the usual drone synths. Not to mention all eight Osc... The Mod Delay sectionon top is not too exaggerated, a bit tame to me, but for sure I need more daring settings in the other sections. Time will tell. Features, well, I wish there were a deep (modulatable) reverb built-in. This machine deserves one, just like the well-known NYX synths. But the eight 8 oscillators grouped in pairs under 4 mods, man, that is droning to the power x. I tried the CV Voices port on a Doepfer Time analog sequencer (thank you Thomann for having devlivered) CV out, and with quantize off it produces great microtonal style phrases. Also, it would have been better IMHO the audio out would be stereo and not mono. All in all, if you are tired of the trodden path of beat and melody and even drones, well, here is some alien stuff that would even make Spock salivate on planet Vulcan.
Bedienung
Features
Sound
Verarbeitung
1
0
Bewertung melden