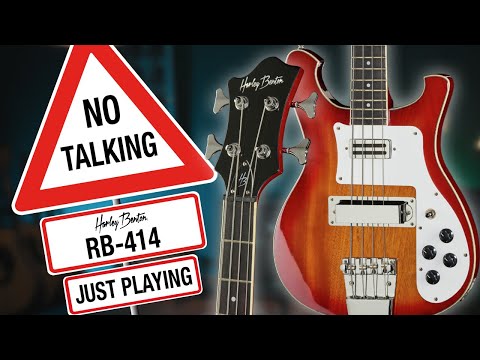 Übersetzung anzeigen
Original zeigen
Leider ist ein Fehler aufgetreten. Bitte wiederholen Sie diese Aktion später.
C
Awesome kick for a very low price ChrisVerwimp 20.09.2020
Lefty Rick-o-like are pretty rare to say the least. So when I saw that bass poping up on some different youtube reviews, I found myself almost instantly hooked. But I was also a bit scared. Never have I ever bought any HB instrument before and, let's be honnest, I had my share of so called "GREAT" little brand basses. So I dug deeper, trying to find cons to balance the so many pros. After a moment, I had to admit the fact: people who tested it enjoyed it.
So I finally ordered mine. It arrived perfectly packaged 2 days later and, like a kid, ran upstair to plug it and give it a first run.
For me, when thinking about Rick basses, the two names that come to my mind are Lemmy Killmister and Cliff Burton. Okay, let's go then!
Little tinkering to find the right settings and then let's make the neighbours mad with some Motörhead's classic Overkill...
Okay, yeah sure, she's no Rick but, man, does she roar! Love it!
Now regarding the other aspects of the instrument... I'm quite used to Ibanez style basses. They're light, intuitive and sound whole and warm unless you push them. The RB-414 is, so far, the exact opposite. Not back breaking heavy but you definitely feel the difference, but most important this one growls angrily on its default mood. It actually takes me some effort to make it sound like a normal bass. Not complaining, exactly what I wanted from it.
It's oldies/classic shape also forced me to hold and approach it a bit differently from what I played so far. I'm used to wear my basses quite low. I can't here as my forearm would then rest painfully on its angular body edges so... "pull me up those pants, kiddo!" No drama tho, just a different approach.
I could go on and on about that 200€/$ guitar and compare it further to others I played but the main thing is that the Rick (inspired or real) is a category of its own and, therefore, must be aimed for knowingly. If you're aware of what you're buying, I really think you will be pleased. If you're a beginner looking for a cool first bass, it could be. Just know that it will require a little bit more adaptation in order to play all those styles you wish to play.
As far as I'm conscerned, I had more out of it than I expected.
Very, very pleased and will certainly come back for more.
Features
Sound
Verarbeitung
5
0
Bewertung melden

Übersetzung anzeigen
Original zeigen
Leider ist ein Fehler aufgetreten. Bitte wiederholen Sie diese Aktion später.
B
Surprise Winner BPC001 24.12.2019
I bought this as lefty ric-o-likes are very rare. I wasn't expecting much from it and had a few concerns that it might not be a great player. I was wrong on all counts. The RB-414 looks and feels like a top quality instrument. I could find no cosmetic flaws on mine. It also sounds excellent. A good punchy bridge pickup. The neck pickup is a little nasal. Between the two of them there is a wide tonal palette available from this bass.

I was concerned the top horn was a bit short and neck dive would be a problem but it is better than most fender style basses and balances well on a wide strap. The weight of mine was a very respectable 8pounds 10 ounces or 3.9Kg

The bridge is the one thing that sets this apart from most other basses. It looks like a ric bridge but is much easier to adjust than the real thing. It is however the source of my one gripe about the bass. Because there is three and a half inches from the ball end of the string to the bridge saddles it needs extra long scale strings. I'm not a fan of roundwound strings and stock HB strings in particular but when I tried to fit some flats to the bass I discovered that none of the four different sets of strings I had would fit, they were all too short. I had to order some extra long strings. If there was any indication of this in the product description, I'd have ordered strings with the bass from Thomann. The strings issue is only an issue because I didn't know about it in advance and had to wait for strings to be delivered. The extra long strings work just fine once procured.

Like all the other HBs I've bought this instrument is superb value for money. It would be nice if the lefties were available in colours other than black but I can't fault the bass in any other way.