The build quality is impressive. The mic is nicely heavy, and the grille feels tight to the body. I don't imagine the mic would be easily damaged if cared for well.

I recently got the chance to test it against industry standards, the AKG D112 and the Sennheiser E602, on a nice kick drum in the studio. I recorded the three mics with the kick on its own and then again as part of a full kit performance to see how they compare in the mix.

First things first, the AKG and Senn both beat the 218A out in both tests, as can be imagined. Also note that I prefer the sound of the 602 to the D112 in general.

The Superlux is noticeably duller and boomier that the other mics, due to its mid scoop and bump in the bass. This means that dry, there was no question which I would use. However, with some clever EQ the dullness and boominess were corrected to within completely usable levels.

If you have the mentioned industry standards, don't be fooled, you will not get the same sound from this mic. However, if, as with me, budget is an important factor, you could consider this mic, knowing that it requires a bit of work to get the best from it.

I have not had a chance to test other budget kick mics in this price range, but I was impressed with the performance of this one, and consider it a worthy purchase for those on a budget.
Helpful · Not helpful · Report
Report rating…

Send report
features sound quality
Very decent for the price
Andrew NeroH, 13.07.2017
Has a nice bass frequency response.
I use it for bass drums and bass amps.

I also used it for making some foley effects for a short movie, which was nice for background effects and the mic doesn't pick up the high end, thus naturally sounding darker than condenser for example.

Speaking of which, it does sound quite dark I found, which is expected, but you'd need to play around with the EQ to get a good sound out of it. Then again, that's not necessarily a problem, I personally love EQing.

Anyway, a nice entry level mic.
If you're on a budget and you're into crafting your sound, you won't be limited by the capabilities of this mic.
Helpful · Not helpful · Report
Report rating…

Send report
features sound quality
Impressed
Gearmode, 20.02.2019
Solid build and nice clean appearance. Damped integrated holder is a plus. Thumb screw wing big and easy to grab. Tight sound. High end yes, bottom yes but not a boomer (a good thing). This is a good universal mic to have in your sack and for the price don't think twice. Have this and the T bone kick mic and you'll have a number of differing applications covered.
Helpful · Not helpful · Report
Report rating…

Send report
features sound quality
Great value!
10.05.2016
This is one of four Superlux mic's I've bought,in this case for home recording....
In terms of sound I didn't expect it would match high end types and I don't think any other purchaser would either but it gives us noticeably better results than just plonking an SM of either type in front and for very little outlay....well worth considering if you're looking to get a bit closer to a "real" studio sound...its been well worth the relatively small outlay here...
Helpful · Not helpful · Report
Report rating…

Drum Mics
Miking up and recording a drum kit is a fairly complicated procedure, and this can apply equally to choosing the right mics for the job.
Free Downloads

Specs
Interesting Accessories
Show all
Drum Mics
Miking up and recording a drum kit is a fairly complicated procedure, and this can apply equally to choosing the right mics for the job. 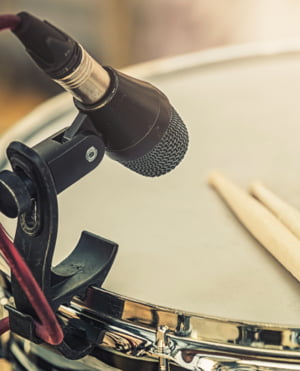