Sound Verarbeitung
I am so happy with the sound
frankbassplayer, 11.12.2020
Originally, I was very inspired after watching several movies with Roger Sadowsky on YouTube. I found that the Sadowsky Onboard Bass Preamp (4-Knob System) was available for purchase from Thomann and came up with the idea of ​​installing it in my 2014 model Fender Deluxe Active Precision Bass Special Okoume.

The Fender Deluxe Active Precision Bass Special Okoume is a 4-string constant 9 Volt active bass with PJ pickup configuration and 4-Knob System. It really motivated me that by installing a Sadowsky Onboard Bass Preamp I would get the possibility of using my bass in passive if an unforeseen accident with the active electronics should occur.

On December 3, 2020, I bought it. It arrived at the nearest post office in Norway on December 10, 2020 and I installed it the same day. I removed the potentiometers from the metal plate and removed the strips to get long enough wires so that it was ready to be installed. The original onboard preamp was then removed in such a way that the wires from the pickups, bridge and the 9 volt battery were long enough to be reused in the new installation. It turned out that I had to make the holes in the okoume body a little bigger so that I could mount the new potentiometers. I attached the potentiometers to okoume body according to the same principle as they were originally attached to the metal plate they came with.

Soldering iron was necessary, because the wires from the P and J pickup had to be soldered in their respective places on the "blend" potentiometer. An internal earth connection had to be soldered to the Sadowsky jack connector. The user manual lacked an exact description of which of the 3 soldering points on the jack connector to be used. This was solved by seeing which solder point was used on the original Fender jack and doing the same. The connection to the 9 volt battery from the Sadowsky Onboard Bass Preamp was cut off so that the wires could be stripped and soldered in on the wires from the 9 volt battery in the Fender Deluxe Active Precision Bass Special Okoume. Here I had to be extra observant and careful to avoid incorrect connection. I chose to cover this soldering to prevent unforeseen short circuits.

And then it was finally time for a test. I plugged the bass into my Genzler Magellan 350 equipped with Fender Rumble 410 (V3) cabinet. Sadowsky Onboard Bass Preamp turned out to work perfectly and much better than expected. The quality of the sound was extremely improved. Bass boost and treble boost are much clearer in the soundscape. Vintage Tone Control (VTC) is nice. Blend control between neck and bridge pickup works very well. Volume control works very well. The bass also works great in passive (Passive is activated by lifting the VTC knob).

I'm so happy with the sound that I can hardly put down the bass. Sadowsky Onboard Bass Preamp (4-Knob System) will stay in my bass.

Should you be in doubt about how this is installed according to the instructions and lack knowledge about soldering, the installation is recommended to be performed by an experienced professional. But even that is worth it. By registering the serial number, name and address within 30 days on the Warwick website, a 4-year warranty on the product is obtained.
Hilfreich · Nicht hilfreich · Bewertung melden
Bewertung melden... 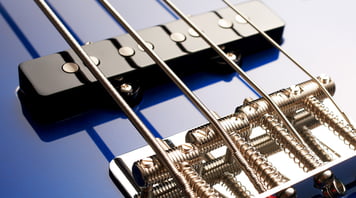