Powerful for a hobbyist
Aleksejs S., 01.11.2015
Here is a little review of Behringer XENYX X1622USB analog mixer. First of all - what was I looking for on the market? I was after 8 or 16 channel mixer to be part of my small home studio to mix synth, drum machine, sampler, Traktor, and 2xPC audio; to be able to record either via USB or FW and most important - to have slider controls and be within £100 - £150 price range. I spent fair amount of time researching and have limited my search to Mackie, Allen Heath and Soundcraft brands, Behringer was the very last on the list as I have had small 5 channel XENYX before and was not delighted with it. Why did I buy this Behringer then? At the very last moment I realized that all other consoles I was looking at have had less stereo inputs that I needed - XENYX 1644 has got 4 stereo channels + RCA input and only this model was matching stereo input requirement along with the price. The only concern left was the size - will it take much space on my desk? Despite concerns I placed and order and must admit that mixer I received has actually impressed me: sweepable mids, plenty of FX send/return options - either to internal FX processor or external, compressor + gain + low cut on first 4 channels, advertised 4 ST channels, FX footswitch, MUTE + SOLO on each channel, main output LED meter and CLIP + SOLO LEDs on each channel and compact size (dimensions are similar to 14" laptop wide open). For a hobbyist musician/producer like me within this price bracket it was a perfect solution. It has offered plenty of features and maybe even more than I needed. Would rate 4.5
Pomohlo mi · Nepomohlo mi · Ohlásit hodnocení
Ohlásit hodnocení... 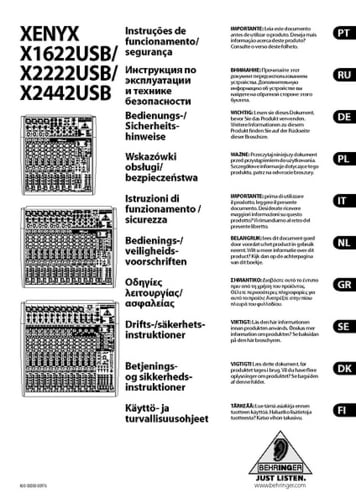 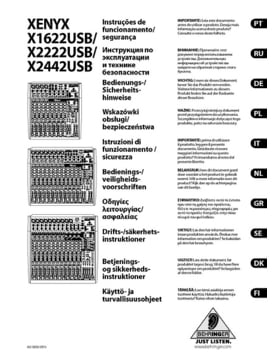