Zpracování Vlastnosti Ovládání
Solid choice
A D , 27.05.2020
Using this with older versions of Sonar, Cubase and Reason, and more recently Studio One, which has become my primary DAW in the studio.

Build quality is a far cry from some Behringer units of old that I've had the (mis)fortune to use. Everything is pretty solid for the most part, though they would appear to still be developing and testing their products in very bright rooms, as the LED's are dazzling. I first noticed this trend on a DDM 4000 DJ mixer I have from years ago. The old fix of a few layers of masking tape over the shuttle wheel's LED ring solves this though.

Set to Mackie mode, initially the fader section wouldn't follow the selected channel in Studio One, but a firmware update addressed this. I didn't particularly appreciate the process for this though. Behringer could make this far easier with a simple USB updater app, rather than having to mess around with MIDI-OX and Java, or y'know, even just ship the thing with the latest firmware.

Other than this, the unit has been flawless so far in the limited time that I've had it for. I will need to configure some different buttons soon, but I've yet to delve into any custom mapping yet, so cannot comment on this.

If you also need a simple space-saving unit for basic transport controls and easy punching and shuttling etc then you can't really go too far wrong with this. I mostly bought this for the transport and jog wheel and in this respect it's been great.

Only real downside in use so far is that the fader is reluctant to let me initiate adjustments which can make fine control awkward. Once it accepts your override it moves smoothly and freely, but it feels like some kind of lumpy stepping motor at first. Not a deal breaker for a unit this cheap anyway.

Zpracování Vlastnosti Ovládání
Simpel small DAW controller
Freddy_McLennon, 06.06.2020
It looks nice, it feels nice and it does what I expect it to do.
I have to be honest, I don't know everything about the unit and didn't even use all it's functions.
But so far it works good and does what I need it to do.
I work in Cubase and it's a huge time-saver for me.
One really important note though.
There is no on/off switch.
Wich means, untill you unplugg the power, it will stay on, eventhough everything else is shut down.
But there's a solution I use and it works great.
A LED light strip Toggle switch dc power adapter connector.
You put this between the powercord and the unit so you can turn the unit on and off without constantly having to pull out the powercord.
Just saying because it seems to come as a surprise to a lot off people.
It came as a suprise to me.
Otherwise I'm really happy with the unit.
Pomohlo mi · Nepomohlo mi · Ohlásit hodnocení
Ohlásit hodnocení... 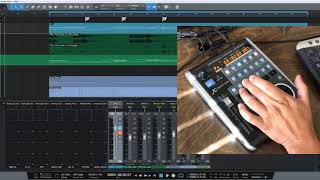 Zobrazit vše
X-Touch One and Studio One
Roy Maya 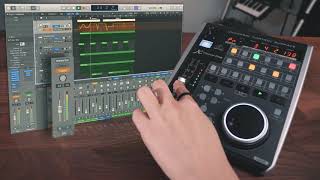 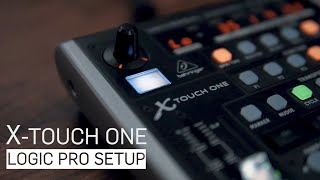 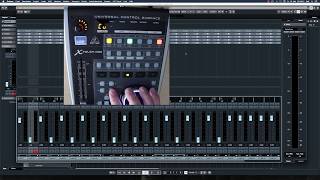 Zobrazit vše
Controllers
These days, musicians are experiencing the increasing complexity of their instruments and devices at first hand - regain some of the control you've lost!