Země a jazyk Country and Language

Bass guitars are often described as being either "active" or "passive". This refers to the integrated electronic circuits. Most active basses can also be set to a passive mode.

The simple, passive circuit design consists of adjustable resistors (potentiometers). They are found in two configurations: with dedicated volume controls for each pickup, or with one master volume control and a balance potentiometer for blending between the pickups.

Another potentiometer combined with a capacitor serves as a tone control. It attenuated the high frequencies, thereby providing some control over the tone of the bass. 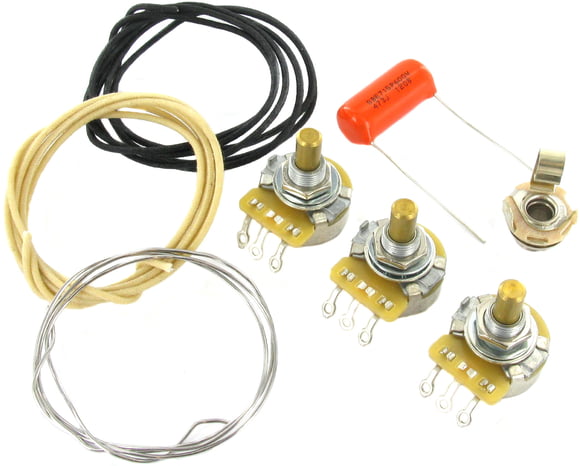 On an active bass, the tone control not only attenuates frequencies, but can also amplify them. In order to achieve this amplification, the bass must become "active", rather than staying "passive". The amplification circuit is normally supplied with energy from one (sometimes even two) 9 volt batteries. They are usually placed in a small compartment on the back of the bass. The sound of an active bass can be manipulated like a stereo system by adjusting the treble, bass, and sometimes the mid frequencies. Active basses are usually a bit more expensive than passive basses. Remember to carry some spare batteries in your gigbag if you have an active bass! 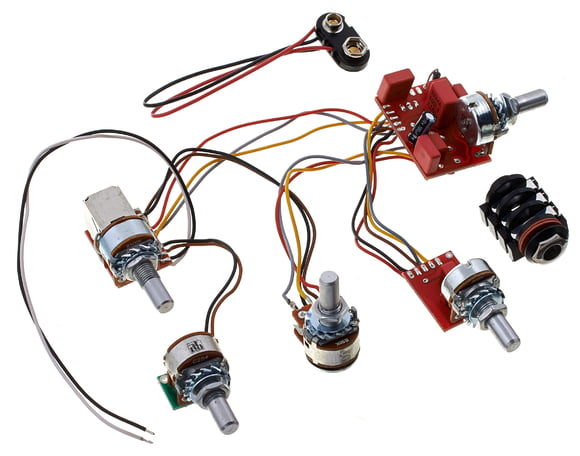 Some basses have additional controls and switches, for example for reversing the polarity of the coils, or changing the frequency bands of the potentiometers, among other things. Some potentiometers can also serve as switches: "Push-pull potentiometers" have a switching function which is activated by pulling on the knob. Switching between active and passive modes is a common use for this type of potentiometer.

Which circuit design you choose, is entirely up to you. Some swear by the "pure" sound of their passive basses, while others don't want to miss the increased flexibility of an active bass. While some bassists are very passionate about this issue, it is purely a matter of personal taste and preference.