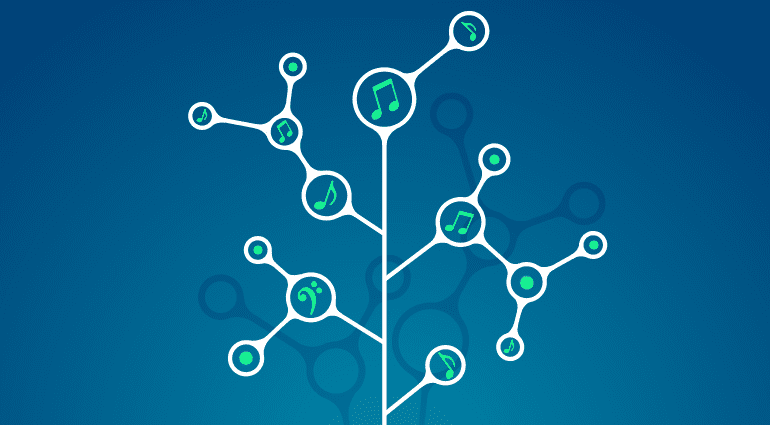 Converting DNA sequences and particle vibrations into notes allows researchers to recognize unseen patterns and use them to create music. With this so-called molecular music, scientifically based methods are developed that are intended to enable groundbreaking treatment methods in therapeutics, for example. The algorithmic approaches are inspiring, the results fascinating. Obviously, music has a lot to offer to science…

Sonification – transformation of data into sounds

Medical molecular biologist Mark Temple spent a long time researching new drugs for cancer therapy in his laboratory at Western Sydney University. He extracted DNA from cells and added a drug to identify where in the chemical sequence the drug binds. Since the interpretation of the DNA combination was visually overwhelming, Temple looked for a simpler, favourable and at the same time more meaningful, way to identify favourable structures.

His solution: the combination of acoustic signals and visual displays. He wanted to hear the data. Mark Temple then created his own system of assigning notes to DNA elements. The AI-assisted molecular melody with just four notes makes it easier for him to recognize sequence patterns and make decisions based on them.

The DNA melody played on the piano

The conversion of scientific data into music sounds innovative, but it is only partially so. Scientists have been experimenting with transforming biological data into sounds for more than forty years. As early as the early 1980s, today’s biomolecular engineer David Dreamer noticed that three of the four bases of DNA correspond to letters that can also be assigned to notes. He did exactly that; he matched and then played the DNA chords C major6 and A minor7 on the piano. Musicians will notice that the chords are made up of the same tones, just layered differently. Since then, it has been an interpretation of DNA. 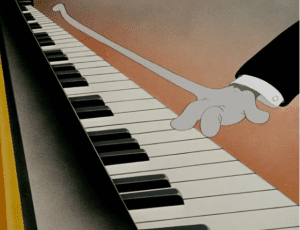 The quantum music of proteins

Around the same time, the French physicist Joël Sternheimer devoted himself to the music of proteins, which was ultimately referred to as “Sternheimer’s quantum music”. As a composer, he translated the vibrational frequencies of the twenty amino acids of the proteins into musical notes and then into a musical score. Since then, there have been a number of approaches by experts, for example to “musicify” people’s genetic information into personalized melodies. Meanwhile, there is also the successful sonication technology, with which heart diseases are diagnosed. Trained heart specialists can use this technology to diagnose pathological changes with an accuracy of 78 percent.

The music of the body, the sounds of plants

Linda Long, a biochemist at the University of Exeter in the UK, uses sonication to translate both plant proteins and human hormones into music. There were even two music albums made from this. Depending on the shape, she crystallizes and X-rays proteins, making the structure visible. The series of numbers extracted in this process represent the three-dimensional structure of the protein molecules. She runs the sequences through a computer program, after which the data is converted into musical notes. The result: You can actually hear the protein shapes. The biochemist is convinced that molecular music can strengthen the connection between mind and body. In Long’s opinion, the songs address the subconscious with therapeutic benefits and can thus promote self-healing powers. 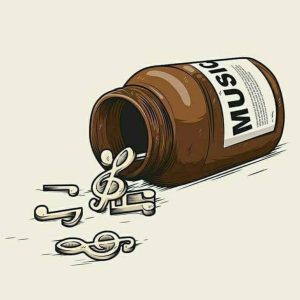 Molecular music as a therapeutic tool

Long is also working on pieces of molecular music for use in hypnotherapy sessions. For example, patients should be supported in losing weight with music that was translated from the fat-burning messenger substance irisin. And she even goes a bold step further. Long produces music from translated human antibodies that neutralize the Corona virus. Your goal is to visualize a resilient immune system. Her DNA music has not yet been used as a therapeutic measure, and it is also impossible to say whether the work has clinically relevant properties. Experts like music technologist Carla Scaletti are skeptical. 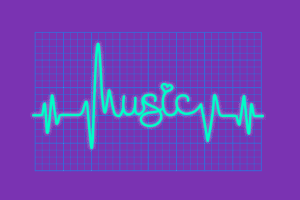 Mediation of antiviral properties rather unthinkable

On the other hand, the researchers are largely in agreement that music and sounds have a profound effect. However, the thesis that listening to a translation of the three-dimensional protein structure as a sequence of tones could convey the antiviral properties of the original protein is vehemently doubted. However, there are experts who are convinced that the connection between molecules and music can be used for new treatment methods beyond the effects of music therapy.

How a flame becomes a musical instrument

For example, Markus Bühler, materials engineer at the Massachusetts Institute of Technology and composer of experimental music, transformed a spider web into a rustling melody and the vibrations of a flame into a meditative reverberation of gongs. His thesis: You can use everything as an instrument and thus translate it into sounds, especially since everything vibrates. With its AI-based system, Bühler also goes the opposite way, converting music into proteins. He created proteins that had never before been found in nature in this DNA sequence. According to Bühler, it is possible to create a protein that is an optimized variant of itself. The engineer is currently looking for a protein that will extend the shelf life of perishable foods.

We are excited to see what else will be possible with sonification and molecular music. Do you have any ideas or want to share anything you’ve read about? We are looking forward to your comments! 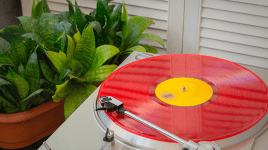 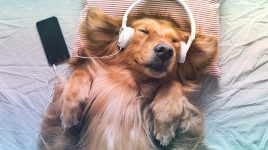 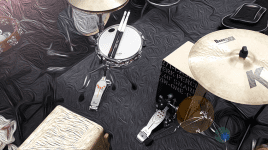 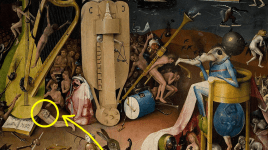 Algomusic made thus in the 90s, with Softstep, a modular node based system. It could load DNA sequences. The author published some albums with music made with it.

Who was the author?