Send report
features quality sound
Good looking thing for that price
Billy B, 28.08.2015
This was a first vintage looking microphone that I owned and I bought it just for the interest: what can you get for that price. At first I was agreeably surprised that mic is packed in solid case and have funny table stand for it. Other thing I noticed that it has a pretty light weight (if we compare it with other mics of that style). And finally about the sound: it is quite OK for that price, but I do not advise to use it in professional work. It is absolutely inappropriate for any medium or larger stage because of its impressive feedback and sensitivity. In small places it is pretty good, but anyway it is worth to save up some money to buy vintage mic produced by more known brands.
Helpful · Not helpful · Report
Report rating…

Send report
features quality sound
Not just for fun!
24.10.2014
I bought this for a school musical. You guest it right, somebody was playing the part of Elvis. You can't do Elvis without the Elvis-microphone. This was cheap and it looked the part. Everybody was wearing headsets anyway so the sound of this cheap gimmick didn't matter. But it sounds really good! Now it's used on a regular basis in the school music room. I like it a lot. Only complaint is that the on/off switch seems a little flimsy, but it have not fail me yet and might never do so. Comes in a nice little plastic case plenty strong for normal abuse!
Helpful · Not helpful · Report
Report rating…

Send report
features quality sound
Great value for the money
Mikael I., 13.01.2014
I bought two of these, one for me and one for my bands bassist. We play rockabilly (and some punk rock) and the design is spot on for that style. Our singer use a similar (nearly identical) microphone of a different brand but I'd say it is nearly impossible to tell that apart from this based only on the sound. Neither me or my bassist have had any quality problems and we have played probably about 30-50 gigs with these microphones, packing and unpacking between gigs. My recommendation is that unless you really want to buy a more pricey microphone, for whatever reason, this is a great choice.
Helpful · Not helpful · Report
Report rating… 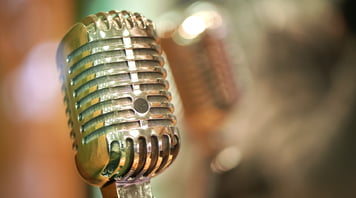 Recording Choirs
Recording choir music is always a challenge, even though it might not seem to be at first.
Free Downloads 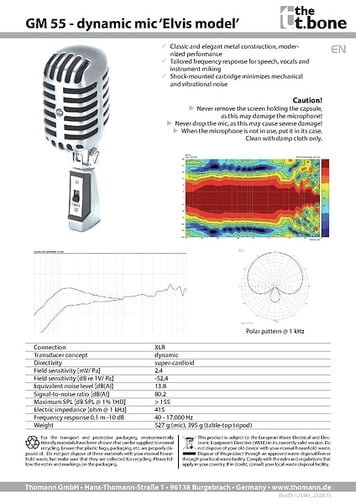 Specs
Interesting Accessories
Show all
Stage Vocal Mics
There are many vocal microphones that are suitable for stage use, from the cheapest dynamic to the most expensive condenser.
Show all
Dynamic Microphones
Dynamic microphones are the basic tools of live sound and play an important role in every recording studio.
Show all
Recording Choirs
Recording choir music is always a challenge, even though it might not seem to be at first. 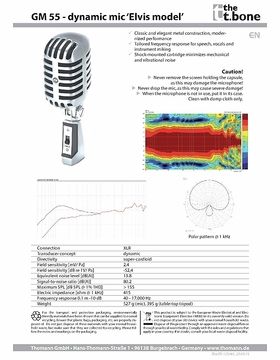