fogás tartósság kivitelezés
Great sound and feel on my Tele
Valrho, 28.05.2020
Over the past 10 years, I have only used Tortex .60, .73, and .88 with both acoustic and electric guitars. I decided to try some nylon picks with my Telecaster, so I bought a range of different Dunlop nylon models/gauges to test.

Of all that I tested, the Max Grip .73 and .88 have become my favorites. They have a really nice flex/feel, and they sound the best to my ears. On my Tele, they are warmer sounding than the bright Tortex tone I was used to.

Compared to the Dunlop Standard Nylon, the Max Grip has a slightly different sound, which I prefer. The Max Grip also feels just a tiny bit stiffer than the Standard Nylons of the same gauge, which I also prefer.

The raised grip area does its job, although I never really had a problem with dropping picks before. I think the raised lettering on the Standard Nylon performs a pretty similar role. So for me, the raised dots of the Max Grip is not really that important.

Just one complaint (in case you are reading this, Dunlop): The difference in colour between the .73 and .88 is very subtle. So it is hard to know which one you are picking up. And the numbers appear in a tiny font size, so it's not easy to read. Two improvements that could be made: increase the contrast between the two shades of grey, and increase the size of the numbers.

Overall, these are great picks. They have become my new go-to picks (in .73 and .88) with my Tele.
Hasznos · Nem hasznos · Jelentem!
Értékelés jelentése...

fogás tartósság kivitelezés
Picks
Paulcha, 26.11.2020
Grippy, bendy as they should be and last well.
I'm not convinced great picks make a big difference to your playing, but bad ones certainly do.
These are decent picks, they sit in the hand well, don't slip and are pretty durable.
What more can you ask for?
Hasznos · Nem hasznos · Jelentem!
Értékelés jelentése...

fogás tartósság kivitelezés
Top of the line
DrewMinator, 29.01.2020
These are very good guitar picks. I use them since I've discovered them (almost 6 years ago). I play guitar in various vocal groups every week and I'm impressed by the sheer quality. They are super long lasting picks. And on top of it all if you have sweaty palms (like I do) these will help you immensely. I've also tried different picks just to confirm that I'm not biased. Nah ..these are just too good. I instantly recommend these to my students or whoever asks for a good guitar pick. Definitely worth it!
Hasznos · Nem hasznos · Jelentem!
Értékelés jelentése...

fogás tartósság kivitelezés
Absolutely what I was wanting and expecting
Bigblueuk, 08.06.2021
Have bought these many times in the past. They don't split and take some punishment with ease.
Hasznos · Nem hasznos · Jelentem!
Értékelés jelentése... 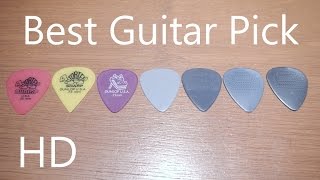 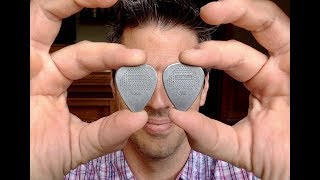 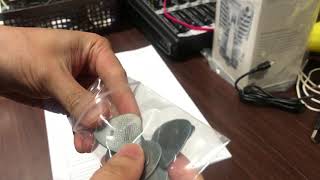