tisztítás hatékonysága védelem
For conditioning, not so much for cleaning..
cutedaddy, 17.10.2017
In the last 18 months or so i've purchased a number of items from Thomann, among which two bass guitars, a number of electronic devices such as a bass preamp and a wireless instrument transmitter, drum kit accessories, a gig bag, etc. etc. Everything is always delivered promptly (within a couple days) and packed with great care. So, in general, very satisfactory.

About this item: together with some drum sticks and fretboard oil and some other items i decided to order this string conditioner, just to test it out.

For conditioning your strings (meaning they will be less susceptible to collecting dirt, sweat, grease, etc.), i suppose this will be an improvement. Although i haven't yet had time to assess the effectiveness of the product in that respect, DUNLOP is one of the top reputable brands when it comes to instrument maintenance products. Indeed i use their lemon oil for my fretboards and must say i'm very satisfied with that.

With the strings still on the bass (the tarnished parts are the parts you touch most w/ur fingers, so those can be reached without removing the strings), i used it on my five string roundwounds (d'Addario) and my five string flatwounds (La Bella). I must say i was not very impressed. Perhaps i would have been more impressed if the strings had been very dirty, so you could more readily see the difference.

In any case, the dirt between the windings is hard to remove, both on flats and rounds, but this product did not decidedly change that. To me, removing the strings and submerging them in white spirit for 24hrs. (or, alternatively, boiling water for some 15mins.) are still the best ways to get your strings looking and sounding as good as new. It's a bit more of a tedious job, but you really notice a difference and can really keep your strings sounding perfect until the day they snap. Sound like new every time.

In order to postpone that day as much as possible, be sure to mount the nut end of the string in the exact same position as it was before, especially with respect to the ply in the tip of the string, just where it enters your tuning key. If you change that, that is probably the spot where your string will snap, probably prematurely.

Conclusion: nothing wrong with polishing your strings once a while with this cleaner, it saves you removing and remounting the strings. But for the real deal (best sound), in my opinion the old alcohol or boiling practices are still undefeated.

Will later add update about the conditioning effect. If this turns out to make a real difference i'll let you know. Cheers!
Hasznos · Nem hasznos · Jelentem!
Értékelés jelentése... 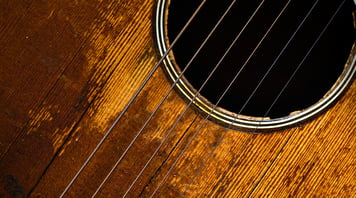 Guitar Care
Your guitar needs care and attention, and by that we mean more than simply cleaning and polishing it. Read this tutorial to find out more. 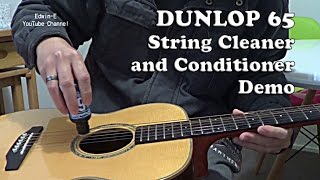 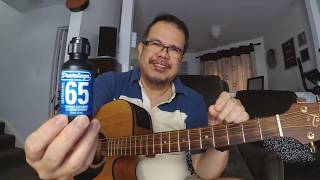 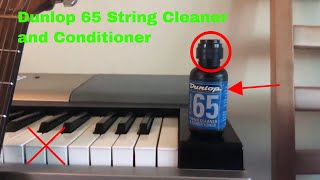