kezelhetőség kivitelezés
Very very good but could be even better
DrKevGuitar, 18.01.2018
Top quality! The construction and stitching are perfect, the protection is excellent. One of the more comfortable gig bags I've ever used. It's also the best looking.

The guitar is very snug fit in the case, you have to push it down in there and that's a good thing! Nicely padded at the bottom (though not like the image their website shows, it's thinner than that and no padding directly under the strap button, so if you use strap locks take the strap off).

The big pocket was a crucial part of my purchase decision: I can fit an A4 folder or music book in there with room for a small toolkit, tuner, cables, and my glasses case. An 11" laptop will fit, a 13" is just a little too big.

It's bigger and heavier than I expected (1.85 kg, 4.2 lbs). Yes, the specs say 20mm of padding, which would not be a lot on another gig bag but this is stiff, higher density foam and so weighs more. It is very comfortable but gravity still takes it's toll on my middle-aged back muscles. The headlock neck support is a big chunk of rubber that adds some of the weight. Personally I'd be happy with a padded velcro strap. Padding on the shoudler straps is fine but a little more wouldn't hurt.

The large flap over the big pocket is useless and the buckle is annoying. The buckle itself has a sharp tip which makes fastening the damn thing a pain in the face. 3 minutes with 400 grit sand paper fixed the problem but at this price I shouldn't need to do that. Looks cool, sure but the big pocket could have been finished to look as good.

The big pocket is the only real pocket. Great that it's so big, yes, but everything jumbles together. Because it's side-opening you can't see in to get what you want quickly. The side-opening also means things want to fall out when you're looking for something else. And the flap directs them across the floor away from you.

There is a little mesh pocket inside but it's less useful than it could be because it's a little narrow (a pack of guitar strings needs work to make fit), and also because it's inside the big pocket under the big useless flap. You're on a crowded bus or subway, or guitar case under a table in a small cafe, and you quickly want a pen or business card or glasses? Big flap with buckle = *sigh*.

tl;dr - Great gigbag, one of the best out there, and you should probably buy one! But they still let form get in the way of function.
Hasznos · Nem hasznos · Jelentem!
Értékelés jelentése...

kezelhetőség kivitelezés
Best protection yet from a Gigbag
26.10.2016
People, it's time to ditch your heavy and uncomfortable hard case and invest in one of these babies!

I was amazed at the quality of this gigbag and you see time and time again prices increasing on good gigbags. As such, this becomes an awesome deal because I have yet to see anything that compares to Mono at this price range.

I bought one of these prior to a intercontinental flight to a music teaching event. This will pass security and plane personnel as a carry-on bag with no issues whatsoever.

Pros:
- Premium padding with hard memory foam that will not compromise your guitar in any way
- Velvet feel on the inside of the bag will prevent any type of scratch or nick on your guitar's finish
- Awesome protection at the bottom of the bag, you will never fear to damage your guitar due to impact on the bottom strap pin
- Backpack straps are really comfortable and help keep your back straight. I do not have the same issue I had before where the guitar weight would be badly dispersed and make transport uncomfortable
- Top loading/unloading allows you to take your guitar out without having to put the bag down. It's a tight fit, but pretty manageable
- Neck support is by far the best feature, you guitar will not move an inch inside the bag.

I reckon you would have to jump on top of the guitar continuously to be able to damage it inside of this bag!
Hasznos · Nem hasznos · Jelentem!
Értékelés jelentése...

kezelhetőség kivitelezés
Professional lighweight guitar shield
Umby, 04.10.2020
Superior finishing and fabric, this case if the best alternative to hard cases.
The case opens with a zip that goes from 3/4 of the bottom, so it does not open up completely. You need to push the guitar from top to bottom, until it is fully housed inside and the lower part of the neck rests on the appropriate internal protection system, a Mono patent.
The inner padding allows the guitar to become one with the case and offers maximum protection to any type of bump.
To this extent, the inner space is somewhat tight: I therefore recommend you to check with Mono if your guitar can be housed in the case: I had no problem with my Strato, Les Paul and Jem 7, but some hollowbody guitars might.
Likewise all hard cases, tremolo must be removed prior to housing the guitar in the case.
Last, but not least, the bag comes with very spacy pocket where you can store many guitar accessories (cables, tools, spare strings etc).
The rear braces allow transport on the back like a backpack, without feeling the weight of the instrument.
Hasznos · Nem hasznos · Jelentem!
Értékelés jelentése...

kezelhetőség kivitelezés
As good as a hardcase
kennedydream, 28.09.2017
I love these Mono cases. They are far easier to transport and offer similar protection to a hardcase.

The guitar fits very snuggly and is protected very well. Loads of storage space as well which comes in very handy. On the surface these cases seem quite expensive, but I'm a firm believer in the statement 'you get what you pay for', and that is certainly true of these cases. Absolute top quality cases.
Hasznos · Nem hasznos · Jelentem!
Értékelés jelentése... 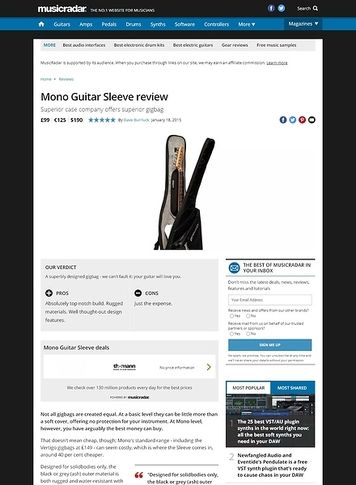 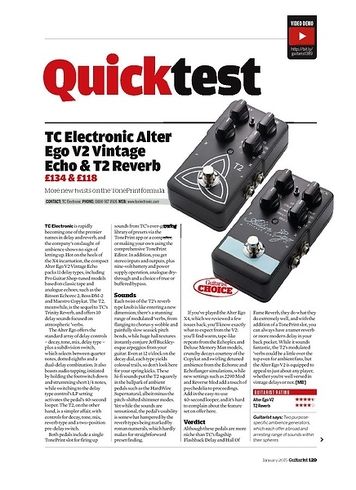 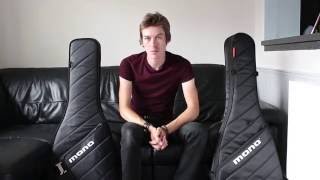 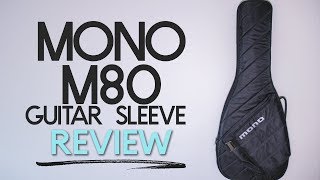 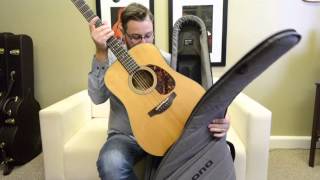 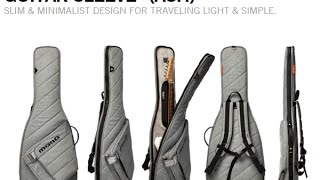