Comfort:
The dt-880's were amazing, so comfortable, perfect in my opinion.
While the 990's are really similar, they are tighter on the ears, and I don't like that at all, but they are still quite comfortable.
And the hd-650? They clamp like crazy, I couldn't wear these for over 10 minutes, really uncomfortable.

Sound:
Now this category is objective af, you have been warned.
I used the LP-phone-amp-g103 to drive all of these headphones so there shouldn't be any issues with the amp.
With that out of the way, lets start with the headphones that really disappointed me.
The 880's had a really lackluster low end, you could say non existing, and with basically no bass it was just a clear no for me and I didn't bother any further with them.
The hd-650 sounded like the 990's if someone put an equalizer on them that turned down every frequency past 3khz down 3-6db.
They sounded muddy in my opinion, especially compared to the dt-990's.
With that being said, I love the by some considered sharp highs of the dt-990's, everything sounds crystal clear, not "muddy" or "washed out". I listen to a lot of vocals so that's a must for me. But as I said, it ain't for everybody since some might say the highs are over saturated, and they are, but it sounds nice. It's something I'm looking for in headphones, are you looking for that? If not steer away from these headphones. Cons: they might be too sharp for some and too tiring if used in long sessions. Other cons are the fact that you can really hear if a song is mixed/mastered like shit, you can hear everything. I'm not gonna say sh*t like :"you suddenly hear instruments that you previously didn't hear" if you suddenly heard an instrument that you didn't hear before on decent headphones that's on you. But you definitely hear if someone didn't bother cleaning up the samples he used in his song, and you might need different headphones or speakers to enioy songs that are badly mixed.

price/performance: 10/10, I mean ¤140 for these is a steal, you don't get better audio quality for that price, but you probably gonna need a headphone amp as for almost all 250+ ohm headphones.
Hasznos · Nem hasznos · Jelentem!
Értékelés jelentése...

hangzás kényelem kivitelezés
Great for the price but needs some tuning
Braddie, 25.08.2020
Let me preface by saying that I'm mostly and IEM guy due to the detail they can provide. However, my best IEM has been the Xiaomi Hybrid Pro HD. Despite not being a bass head I do think that bass is the base in music and usually provides the "body" of a song and is what adds energy to a song. I love being able to hear every single detail in a song as well. A tall order for 115 euro headphones I'm sure. I usually listen to (pop) punk, hardcore, hiphop and jazz and I also bought these for gaming. I tried on a ton of other headphones before trying these so I'll give you an overview of those quickly:

Sony MDR 7506: Not sure what the hype is about, these sounded so bad for me. Analytical but it hurt my ears listening to songs and didn't make for an enjoyable experience
Shure SRH 840: Ok but a bit muddy, also didn't like it that much, sounded worse than my Logitech G430 in my opinion.
AKG K245: These didn't sound too bad. Good bass and mids, highs sounded a bit harsh to me but so did most headsets. Probably the closest to the DT 990 Pro
AKG K275: Absolute trash. Don't even try it. I've seen some good reviews but wow this thing hurt my ears and was not fun to listen to at all.
AKG K361: Not bad but I didn't like the sound signature. Focused more towards vocals. I'd say between the K245 and K361 I'd go for the K245 which has a somewhat warmer sound
Audio Technica ATH-M40X: The sound was good, I preferred it over the M50X which sounded a bit more muddy to me. Build quality is really meh and comfort wise also not the best
Audio Technica ATH-M50X: Marginally better built than the M40x but didn't like the sound as much. Definitely warmer than the M40x, closer to the AKG K245 I'd say.
Audio Technica ATH-M60X: Really good sound for closed backs but the earpads were a bit on the small side. My ears barely fit inside and I can imagine these to be more like on-ears for some people.
Beyer Dynamics DT-770 Pro: Oh wow what a mess. I tried all the different versions and they all sounded like complete crap. Highs were piercing and the bass felt like it was all over the place and recessed. Definitely not a good experience. Would rate these like the AKG K275, terrible and I don't really see what the hype is about.
Beyer Dynamics DT-880 Pro: Overall good sounding headphones, pretty neutral but with a good tone. These sound similar to the DT-990 Pro but a bit warmer.
Sony Fidelio X2HR: Comfortable for my head but they sounded pretty muffled to me. I'd compare them to my cheap 5 euro pair of Xiaomi Piston which has a V-shape. The bass on these is a bit clearer but it's not something I'd listen to analytically. Good for hiphop but ultimately expensive for what they offer.

Beyer Dynamics DT-990 Pro/Edition: Wow, the only pair of headphones I tried on today which I wanted to take home with me. Sound wise nothing came close. Sound stage is wide (though I've heard wider) and imaging is good, it felt like I was at the performance. Bass is really good and detailed with some deep extension, but it's not loud. I don't know how to explain it properly but . Highs were crisp and detailed, not fatiguing at all. Mids were definitely recessed but nothing an EQ couldn't handle. I didn't find the highs piercing at all compared to most other headphones I tried but high hats kinda sound fatiguing. These headphones are good enough to pick up badly mastered songs.

Another user here described the sound as "but in absolute terms the sound is at best muffled -- thin, lacking in clarity, transient response and bass" and I do kind of agree with the headphones sounding a bit thin and veiled. In the first week I thought "wow yeah I can hear mostly every detail, even in the bass, but I'm not really having fun listening to my songs. It was lacking body/power in the bass. Yesterday I messed around with my PEACE EQ, added around 7dB to 39hz and 4dB to 78hz (with -3dB on the pre-amp), slightly lowered the highs and added a tiny bit of mids and WOW do these things come alive. The bass feels like a proper closed back now and I had so much fun listening to my songs that I stayed up until 05:00 in the morning just listening to my favorite songs. It's amazing for the genres I listen to and really shines with Jazz and hiphop now. After these EQ changes it also meant that I could listen at lower volumes because I wasn't chasing the bass and in turn made the sound less fatiguing. These can be driven by an iPhone 6S but it's not as good as using a dedicated dac/amp. I drive these with a Scarlett 2i2 2nd Gen.

Build quility wise the only thing that worries me about the Beyer Dynamics are the plastic sliders for head adjustment and no removable cable. Every Beyerdynamic in the store had cracked sliders. They're cheap to replace but still not the best design obviously. Comfort wise the Fidelio X2HR and the DT880 and DT990 Edition were better but these are a close 2nd. Clamping force is somewhat high but the pads are super comfortable (though my ears do touch the driver side). The coiled cable is heavy but feels sturdy enough.

Conclusion: Good headphones but need some EQ work to reach their full potential. If you need something for home use in the €50-€200 range I wouldn't hesitate to go for these over any of the other options, otherwise I'd recommend the Audio Technica ATH-M60X.
Hasznos · Nem hasznos · Jelentem!
Értékelés jelentése...

hangzás kényelem kivitelezés
Quality for a normal consumer
Ine V, 11.01.2021
I've had quite a few headphones over the years for computer usage (Netflix, Youtube and gaming and of course since this year Zoom calls). When my last pair broke because of poor building quality I just decided I needed a more decent pair. Also I wanted to use them for more quiet bass sessions. I never had a pair that could actually handle the sound of my bass well. So I figured, Studio headphones should do.

And well they do. I use them daily for the computer usage I described earlier. For a while I took them to school which they handled perfectly. They're sturdy with a metal frame but just light enough that long time wearing is still comfortable.

Now that I'm wearing these headphones for 6-8 hours a day I do begin to notice the weight but it is not neccesarely disturbing.
So when talking about the sound quality of these. I can only say one thing: it's amazing! The open back produces a very open and light sound. The lower sounds still comes through very well. Even with the open back sound still sounds emerging. It is also nice to be able to hear yourself talking while wearing them on calls. It pairs perfectly with every device I tried to plug it into. As a result I use them for nearly anything.

As for the durability I cannot say much since I've only had them for about 9 months. But they've fallen of my desk a few times and have been carried in my filled backpack (in the sleeve included). But they hold pretty well in normal envoirments with a normal user.

To summarize: I am in love with these headphones because of the sound quality as well as the building quality and ability carry it with you. They're adjustable and comfortable for daily usage. For the price of 120 euros that's all I could ever wish for.
Hasznos · Nem hasznos · Jelentem!
Értékelés jelentése... 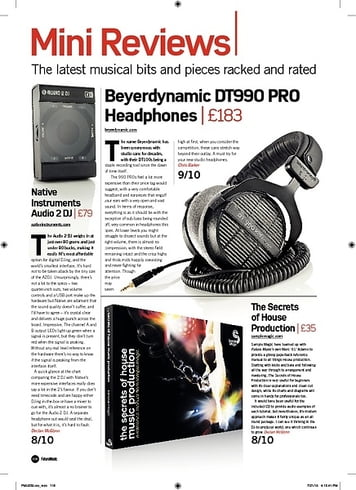