You might say that the connectors were not the cause of my problems, and you may well be right, but Speakon seems to be the only viable alternative to the electrician with his screwdriver and big labour charge, and I don't know of any other way to connect speakers in parallel other than via a junction box, so if there is anyone out there trying to do something similar, you need to be aware that it isn't as easy as it appears. Actually, there is a commercially available Speakon junction box, but it costs £130. I think I see why, now.
Helpful · Not helpful · Report
Report rating…

Send report
quality
jcb114, 21.02.2018
Regularly changing drivers and boxes and these are really handy as you can change wires with a screwdriver!!
Saves you always needing a soldering gun. Very good quality build. Neutrik leads the way for connections. Would recommend do anyone who isn't skilled at soldering and or experienced.
Helpful · Not helpful · Report
Report rating…

Send report
quality
Recommended!
04.04.2016
Very comfortable to use speakon plugs. No need of soldering but fast and easy screw connection. Made of quality plastic.
Helpful · Not helpful · Report
Report rating…

Cables, Leads & Connectors
Cable... flex... lead... wire... what do all these terms mean?
All connected! 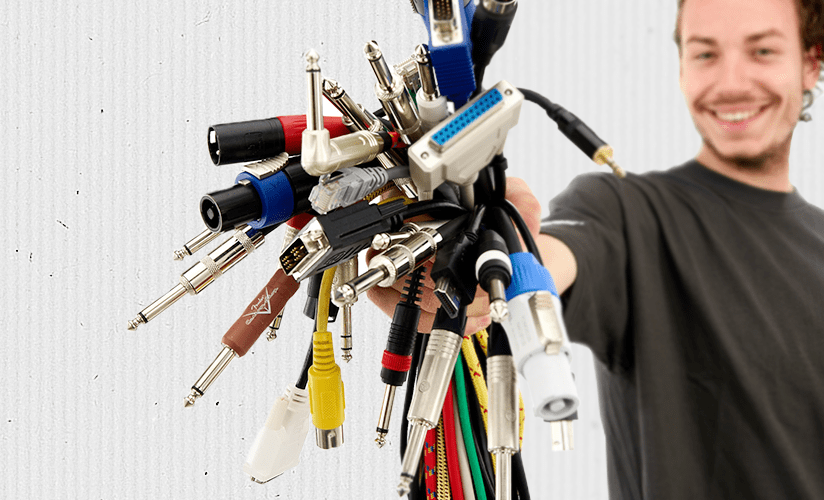 With the Cableguy you will find your cables easily and com­fort­ably!
Find cables