I first tried it on a MOOER LITTLE MONSTER AC, it had a pleasant sound, not something extremely wow in comparison to the distortion sound of my big tube amplifier, but very very fun to play!
Then I tried it on the MARSHALL JCM 2000 DSL50 on the clean channel with the gain pretty low...it was just horrible, like a cheap digital fuzz-distortion pedal (it was good for some stoner stuff though lol). Everything changed when I turned the gain knob up (still on the clean channel at 5-8/10), so I had a soft tube distortion and with the pedal engaged I could get a similar tone to the one from the lead channel of the DSL50! I was very impressed, gave me inspiration to play more riffs and stuff!!
Later on I tried it on an ORANGE TINY TERROR as a tubescreamer style booster, I got some very interesting sounds once again that were fun to play.
My friend who is a fender amp user played it on a good FENDER tube combo and liked it very much being surprised about it.
Lastly I tried it on a LINE6 SPIDER combo but didn?t like it much...(I don?t think any other pedal could have sounded much better on that)

Something else that worths mentioning, is that it has a very good note definition, most distortion/overdrive pedals I?ve played (marshall, boss etc) won?t let you hear the higher strings in a chord if the lower strings are playing, this one lets you hear it all!

So my conclusion is that it plays BEST on tube amps that have already a little bit of tube distortion, or as a tubescreamer style booster before your crunch or distorted sound!
It might be cheap but on a good setup it can sound very expensive, recommended!
Helpful · Not helpful · Report
Report rating…

Send report
features sound quality handling
laurentium, 18.11.2020
Good quality crunchy distortion. It is more of a higher gain pedal, as you don't really get a less overdriven sound when you turn off the Gain knob. But obviously this is because it is a distortion, not a overdrive pedal.
But I like that it doesn't lack the low end sounds, which makes it very usable as a crunch type of distortion.
Helpful · Not helpful · Report
Report rating…

Send report
features sound quality handling
Love this pedal!
Richard1631, 20.12.2015
I really love this pedal. It's my favorite at the moment. Daft as it sounds, I play mainly acoustic Irish tune sets, and for the odd solo I turn this on. It lives on my pedal board next to the Boss E.Q. pedal, and my wireless (AKG) receiver.
If like me you use an Acoustic guitar then watch the input level or you may get feedback. That's a bit of a faf, but to see peoples faces when I turn it on and distort the sound is worth the setting up. I've stopped using my bad monkey altogether now, (and the zoom G1, which had too many effects on it to use and adjust on stage) and took it off the pedal board. Keep it simple, and this does it well.
Helpful · Not helpful · Report
Report rating…

Distortion Effect Pedals
A classic Ibanez Tubescreamer or Colorsound Tonebender can fetch many times its original price from guitarists in search of the ultimate killer tone and sustain.
Free downloads 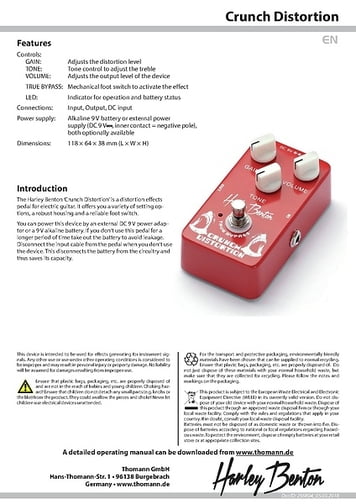 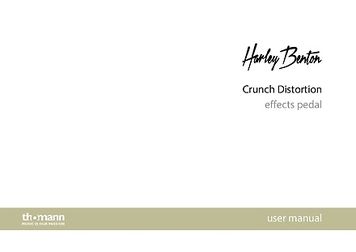