obsługa właściwości dźwięk wykończenie
Does the job well
Kalle K, 01.10.2020
I use it for LIVE and practice. I'm a vocalist. I used Shure 215's with this, and then later upgraded to JHAudio JHX3X custom IEMs.
Sound quality is OK. Mostly depending on sound isolation of the IEM's used.

Overall, after few year of using it, It still works, And I don't feel like upgrading, since I'm not a professional.
Przydatne · Nieprzydatne · Zgłoś nadużycie
Zgłoś nadużycie...

obsługa właściwości dźwięk wykończenie
Good system for the price !
I'mTheSoundGuy, 23.10.2019
I own 3 MEI 1000 G2 systems, all set up in a rack. They serve as our main live IEM rig and until this day it works good. Been touring around in Romania and we didn't have any major problem with interferences.

It's a good price/quality system and it can get work done as good as other systems that are a little bit more expensive than this one.

Pros:
- Good price/quality
- Comes with 19" rack adapters, screws and front mounting antenna kit
- Comes in a plastic case with inlay foam which you can carry around if you're not using the system in a rack
- Rack transmitter is well built and the screen offers the info you need to know for the system price range
- Good working distance

Cons:
- The beltpack receiver is made of plastic and the clamp holes tend to break especially if you're active on stage and do a lot of jumping around, same problem with antenna
- High frequencies ( above 10-12 kHz ) tend to sound more like a pink noise than the actual reproduction of what is sent to you mix
Przydatne · Nieprzydatne · Zgłoś nadużycie
Zgłoś nadużycie...

obsługa właściwości dźwięk wykończenie
Background noise !
Afromambo, 05.05.2020
I was hoping to use this as a wireless monitoring system when recording instruments, so as to get rid of the headphone cable which i would regularly walk on when getting up, which results in the headphones being stripped off my head brutally... Unfortunately, this device has a very bad noise to signal response ratio (on all channels), resulting in nearly as much background noise as original signal - useless to say that this makes it unusable for studio applications.
I tried different places in the studio to check for any interference with other gear, with the same (bad) result.
I was told that better quality requires higher price tags, too bad. I hope one day we can have latency-free wireless ear/headphones at an affordable price !
Przydatne · Nieprzydatne · Zgłoś nadużycie
Zgłoś nadużycie... 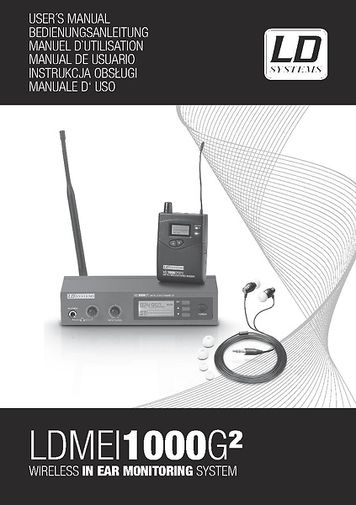 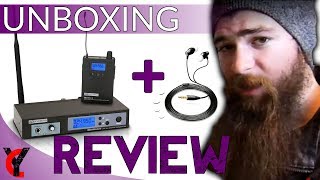 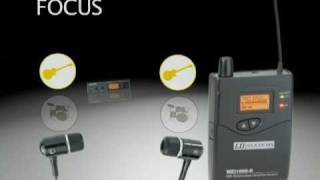 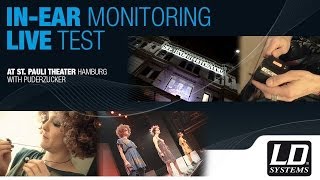