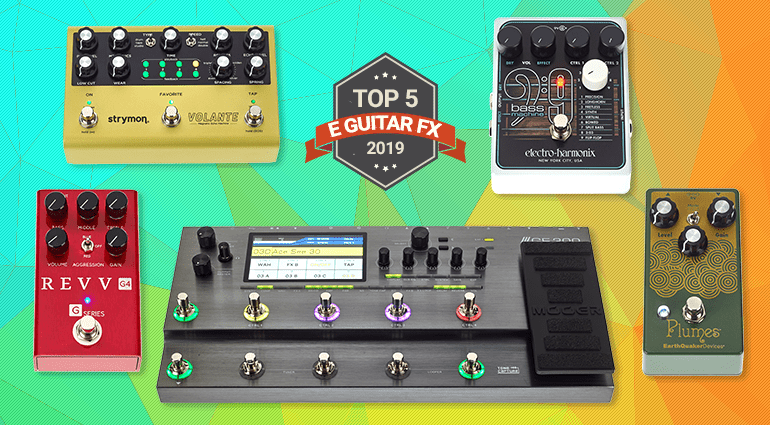 Those who play the electric guitar know it: we never have enough effect pedals! Guillaume and Kris have tested the 5 most popular models released in 2019!

Revv did not stop this year with an amp and 2 new effect pedals! And the G4 has made a remarkable entry into the world of distortion pedals. Made to recreate the red channel (the most gain) of their flagship amp Revv Generator, the G4 has quickly established itself as a “must” for many rock and metal guitarists.

It’s hard to think that Strymon could do better in terms of delay than its now legendary Timeline! But they did it! The Volante establishes itself at the peak of the tape delay mountain, fully programmable, with a choice of intervals, speed, echo type… everything is there! And the sound…

Earthquaker Devices brings us its most affordable pedal in terms of price without compromising the quality of a USA-hand-made effect. This overdrive has 3 clipping modes with a softer gain range at the limit of distortion, but without ever losing its momentum! Respect!

No longer want to waste time looking for a bassist to record your demos? EHX has the answer with this pedal that will turn your guitar into any bass and more! Nine modes ranging from simple jazz bass, to more original things from octave to synth sounds, it’s all in this little box!

It’s hard to call this a simple effect pedal! The Mooer GE 300 does it all, from simple effects to the amp & speaker simulation straight to your interface, headphones or amp. This pedal is a real Swiss army knife that will fit in the front pocket of your gigbag and provide you with a myriad of sounds, anytime, anywhere!

What do you think of our top 5? Which other pedals also belong on this list? Let us know in the comments!

For those who are interested, you can also check out the Top 5 Pedals from last year, 2018, in this video: 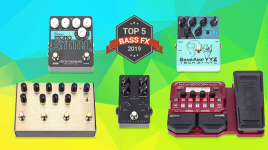 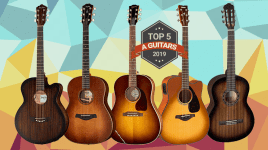 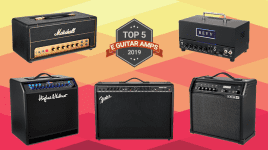 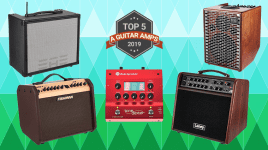 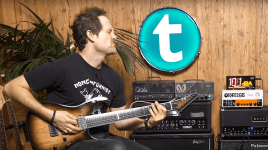 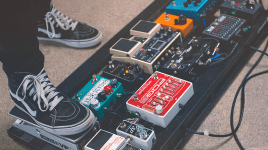 Four dirt pedals amongst the five best? Well, I do believe I sense a pattern in guitarrists!

I’d love to buy some Montreal Assembly pedals, but there’s no dealer to be found anywhere in the world. One can buy direct, but I live in Europe, not Canada.

Oh wow, amazing! I lived in Montreal for 10 years and just discovered this brand today, thanks to you Jo. Will look into them further. Best, //Joe