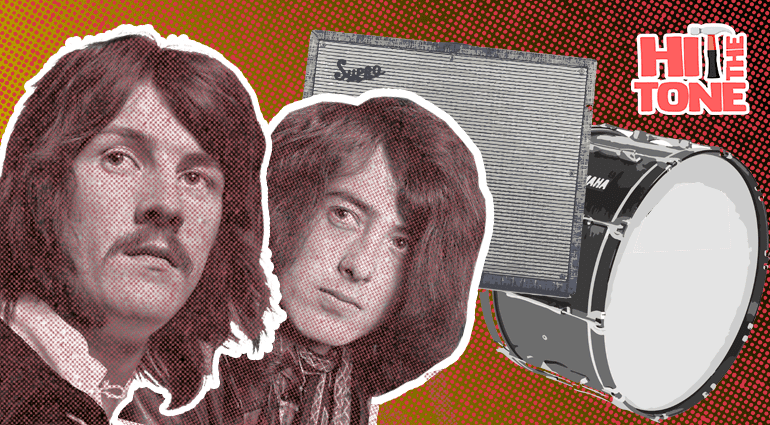 Well, not exactly new: it’s half a century since Led Zeppelin‘s first, self-titled, album was released and that, friends, is always cause for celebration. We’re talking about one of the most important bands in the history of rock ‘n’ roll. This is a phrase that is repeated too often in reference to too many bands, but, in the case of these Brits, it is justified: Jimmy Page, former guitarist of The Yardbirds, founded a band with the aim of reinterpreting the blues through the prism of hard rock. The result was a spearhead, along with Cream, Jeff Beck Group or Ten Years After, of the rise of British blues rock. Although they have been catalogued as proto-heavy, blues rock or hard rock, in Led Zeppelin’s discography – consisting of 9 albums – there are also traces of soul, psychedelia and folk. The first chapter of this vibrant story took place in October 1968. Jimmy Page gathered the band for about 30 hours at the Olympic Studios in London. There, Page, Robert Plant, John Paul Jones and John Bonham recorded the now-classic album. Page recalled years later: “Led Zeppelin (Atlantic 1968) was almost a live album, and it was intentionally made that way. Indeed, a couple of takes was enough to record each song. Later, Page had the help of Glyn Johns, a character surely not entirely vindicated, who has played a fundamental role in several rock classics – he was behind albums such as Who’s Next by The Who or Get Yer Ya-Ya’s Out by The Rolling Stones. In this article we’ll talk briefly about the guitar Page used and the way Glyn Johns recorded John Bonham’s drums: according to many, the ingredient that put Led Zeppelin above most bands. 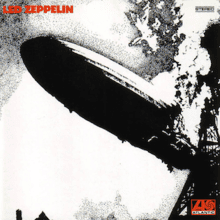 Was Jimmy Page already playing his guitar with a violin bow?

No, at least not in the studio. Although Page is remembered playing a Gibson Les Paul Standard , in the recording of Led Zeppelin’s first album, the Brit played a guitar given to him by Jeff Beck. It is a 1959 Fender Telecaster with a historic custom body finish. However, it was this design that Page recreated with Fender to create the Fender Jimmy Page Telecaster RW NAT, one of the two models he helped develop. The other is also a gem: the Fender Jimmy Page Mirror Tele RW WBL.

Before moving on to the amplifier, we must remember another model: the one that Epiphone developed inspired by the Gibson EDS-1275 double neck guitar. It’s called the Epiphone G1275 CH and is available in our shop for around €990.

To finish understanding how Page generated his sound, it is necessary to talk about amplifiers. He used a Supro tube amp, the classic Thunderbolt model. Today, the American brand offers a modern version inspired by the Thunderbolt: the Black Magick. It is available in our shop for around €1,700.

Since we are on the topic of tube amplifiers with a vintage air, which tend to be expensive, let’s not forget to mention some alternatives to the Black Magick: the Fender 59 Bassman LTD, very versatile for both guitar and bass, the Victory V40 Deluxe Combo, the Engl Screamer 50 Combo E330, the Fender 65 Super Reverb and, somewhat cheaper, for 359 €, the Marshall Origin 5C Combo.

On to the drums!

We said earlier that it is almost unanimously accepted that it was the sound of the drums that placed Led Zeppelin above most bands in their genres. And when we talk about drums, we have to highlight this name: John Bonham. Just to get the obvious in writing: It’s almost impossible to recreate the sound of Led Zeppelin’s drums because it’s almost impossible to play like John Bonham. Not only are we talking about a huge punch, sometimes defined as a train passing overhead, Bonham also brought to the Led Zep sound an unmistakable groove, soft and deep, that comes to light in mid tempos with psychedelic aromas like in “Dazed and Confused“.

Although Bonham played drums from a variety of brands, there is one thing they always shared in their kits: large sizes. We’re talking 24/26″ kick drums (this Yamaha model could be an optimal option) with coated drum heads and no holes. For toms he would use 14, 16 or 18″ sizes, tuning both the batter (top) drum head and the resonant (bottom) drum head to a pretty high pitch. He mainly used Paiste cymbals (although there are many alternatives), 15″ hi-hats (this Paiste model would be worth checking out, or these beautiful Zultan hats), an 18/20″ crash cymbal (we count on this Zildjian model and this Zultan model) and last but not least, a 22/24″ ride (we recommend, again, Zildjian models and Zultan models).

What did you say before about a certain Glyn Johns?

Record producer and sound engineer extraordinaire Glyn Johns… As his career would deserve an article on its own, here we will limit ourselves to talking about his work in Led Zeppelin’s debut. At that time, guitars were recorded by bringing the microphone as close as possible to the amplifier. However, in what is already a historical quote, Johns and Page understood that “distance is depth”, so they mixed close-up mics with ambient mics. Thus they created one of the signature sounds of the album. The other involved the implementation of what became known as the Glyn Johns technique.

To record drums using the Glyn Johns’ technique, we need 3 microphones (some modern engineers would insist on adding a 4th mic on the snare). Two of them must be condenser (it is recommended that they be identical and have a large diaphragms) and the other one (or two) must be dynamic. Remember that condenser mics offer better frequency response and dynamics, but withstand lower sound pressure. Dynamics, on the other hand, are microphones with more body and support higher sound pressure levels. Therefore, it is recommended to follow the conventional pattern in the placement of dynamic microphones: we will  place one right up to the kick drum (and an optional one right up to the snare). We will use the condenser mics as overheads, the first one directly above of the drum kit, 60 cm to 1 m above the snare, pointing at the kick drum pedal, passing between the edges of the toms. This microphone is usually panned to the right. The second one will be placed behind the kit near the drummer’s right shoulder about 20 cm over the floor tom’s top skin and pointing in the direction of the hi-hat, passing over the snare. This microphone is usually panned to the left. Any possible problems should be solved by adjusting the distance of the microphones.

The main advantage of the Glyn Johns’ technique is the saving of material and time: 3 or 4 mics and very little separation in the mix. The critics of drum recording explain that it is not a “complete” mic’ing method and that it does not allow for isolation of the distinct elements of the drum kit for proper mixing. In any case, as we said at the beginning, just listen to Johns’ results. The proof is in the pudding.

As we said, Glyn Johns’ technique saves enormous amounts of time and material. So relax, it’s all good news. All you’ll need is a tuned drum set, a good drum set – okay, this part isn’t that easy – and four microphones: two condensers and two dynamics. In the case of condenser microphones, the market offers a wide range of possibilities. We would highlight, for example, the t.bone MB 78 Beta, an optimal microphone in terms of quality/price for 48€. Other outstanding models are the Blue enCORE 300, the Shure Beta 87C, the AKG C7 or the AKG C636 BLK.

As for dynamic microphones, we highlight two Shure models – the SM 48 LC and the PGA58, the EV RE20 RE-Series, the Sennheiser MD421-II and a beyerdynamic model, the M88TG.

A thousand lessons can be learned from the conception period of Led Zeppelin. The first is how clear a vision Jimmy Page had. As soon as he left The Yardbirds he knew what he wanted: a band to take blues rock one step beyond, and together with three huge musicians they made it happen. It wouldn’t have turned out that way if he hadn’t stuck to the path he believed in. The second lesson can be learned from how Glyn Johns positioned the microphones. We said it before: the guitars were mic’ed by gluing the microphone to the amplifier. They understood that distance is depth and completely changed the game with this idea, they discovered a new sound in recording. Once again we come to the conclusion that it’s a collection of things -technique, knowledge of the instruments, of the recording tools- which is vital to achieving what you have in your head. If there are no songs -ideas, feelings, something to say-, there is no record, and Led Zeppelin was definitely not short of those. 🤘 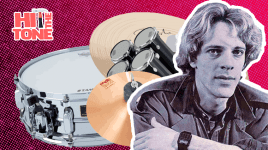 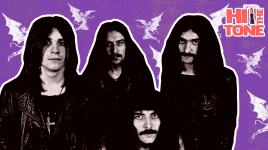 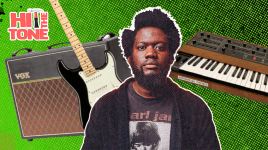 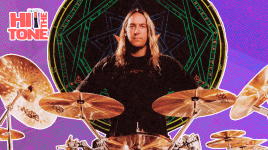 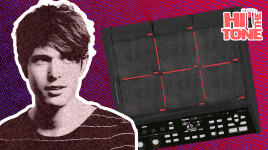 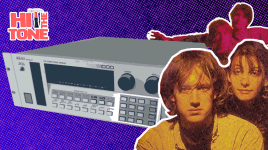