One thing worth mentioning also, is the tight super cardioid polar pattern. It's an excellent choice for noisy stages, as it's easy to limit the amount of other instruments bleeding into the mic. Of course you're going to get some rumble, but it's way easier to gate away stuff that is way quieter than the guitar amp itself.

The odd thing about the Superlux is the accessories that come with it. The weird gooseneck mic adapter thingy has never been of any use to me, and I think most people would prefer just to have a normal vocal mic kind of an mic stand adapter as an accessory. In most live situations, I just let the mic hang from its XLR-cable in front of the amp. That way you'll free up one stand worth of space on the stage.

All in all, if you need to mic up your (bright) guitar amp, this is the mic to go for. It's hassle-free, simple and budget friendly. Why hasn't everyone bought this mic yet?
Auttava · Ei ole auttava · Raportoi ongelmasta
Raportoi ongelmasta...

Lähetä ilmoitus
Ominaisuudet Ääni Työnjälki
Value for the money
Soittorasia Sami, 26.12.2018
I use the product for live Guitar cab micking. I made a shootout against Sennheiser e609 that I also have. I was able to get fairly similar results with both mics with small placement change.
Superlux needed to be little bit closer to the speaker cone dust cap. After while I came to conclusion that I prefer the Sennheiser little bit more but the difference is small and now with digital mixer i can also tweak the eq per taste. Thus the difference in price is huge benefit for the superlux. Maybe with analogue mixer with 3band eq the more expensive mic gives better results with ?hang it and play approach?. If you have digital mixer buy this Superlux and use the saved money for better speaker if you have Some cheap stock speaker in your cab.
This is great for dual micking a cab. Inexpensive solution for that. That is actually now my use for this great cheap product. For stars for quality due to poor stand that was in the box. That is useless and so thight that is very very hard to mount and dismount the mic from it. Anyway these are best just to hang from the cord.
Auttava · Ei ole auttava · Raportoi ongelmasta
Raportoi ongelmasta...

Lähetä ilmoitus
Ominaisuudet Ääni Työnjälki
Budget mike but pro sound
Hessu, 01.05.2020
Bought this to be just-in-case mike if there wouldn?t be any desent mike at venue. Also I use it at my home studio. I am very happy with the sound it produces. Adjust the sound trying in different positions in the cabin just like with any other mike. I prefer 15 cm away from the cabin with my OD sounds.
Hasn?t had any issues and that?s exactly what it feels like - a robust.
At this price level a very good choise.
Auttava · Ei ole auttava · Raportoi ongelmasta
Raportoi ongelmasta...

Recording E-Guitars
Our aim is to explain the basic process of recording the electric guitar!
ilmainen lataus 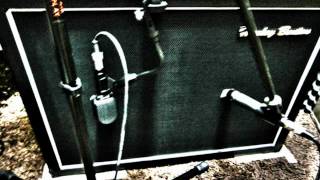