Manipulare Caracteristici Sunet Măiestrie
fascinating but not really versatile
12.01.2017
Orange amps never cease to fascinate me. i love that elusive dirty tone - not fizzy, but with just that hint of harshness...

the TH30 is a great way to enter the Orange world, without spending a fortune, but it's a very peculiar piece of gear...

it has got 2 channels. an extremely loud clean with a 2 band EQ, that's very, very clean up to 12 o' clock, but can be driven into a really sweet (but ridiculously loud) crunch.
the dirt channel has lots and lots (4 stages, actually) of gain. even too much (fizzy to the point of being unusable after 3 o clock), and a shape control that can - well - shape EQ from a slightly nasal, middy and extremely smooth tone that reminds me a bit of Santana's mark amps to a metal-zoney mid-scooped adolescent idea of metal. between the two extremes there's a wide range of non-linear EQs. getting a completely satisfying tone is tricky and takes multiple attempts, but it's entirely possible.
the problem is, the first gain stage is weak and unremarkable. the fourth is chaotic and muddy. it's and the gain structure is not really ideal for rock.
it's a metal amp, great for doom and stoner (of course) and surprisingly good for black and even trash, if overdriven.

it has a non switchable fx loop (that works really bad with instrument level effects, beware!) and can be downgraded to 15 and 7 W (without losing much of its volume, but with much less headroom)

i modded mine changing the tubes for milder ones, and swapping a resistor to get a smoother gain structure (it's still a nasty beast, anyway), more similar to a Rockerverb. and it worked great (there's some info on the web).

i'd really love if the first gain stages sounded somehow as the pushed clean channel (did i mention it gets REALLY loud?). it would have been a much more versatile amp.
De ajutor · De nici un ajutor · semnaleaza un abuz
Raportează evaluarea…

Manipulare Caracteristici Sunet Măiestrie
Everyone should have an Orange
John1841, 21.02.2014
Absolutely fantastic amp.I should have got one years ago.The clean channel is the warmest sweet tone I have ever heard and it has massive headroom in the volume side.The dirty channel is also amazing from classic Rock to heavy death metal but while also retaining note clarity.I was worried about output for gigs but I only have it on 15watts and it has no problem at all.The Eq is so simple but it works so well.Only thing missing is reverb but it makes up for it everywhere else.
De ajutor · De nici un ajutor · semnaleaza un abuz
Raportează evaluarea…

Guitar Amps
The following pages give an overview of the various types of guitar amp available.
descarcare gratuita 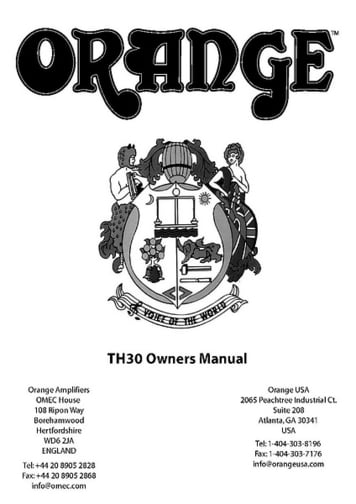 Afișează tot
Guitar Amp Heads
Though there are other options, the stack remains a rock icon, and is still the most flexible form of guitar amplification.

Afișează tot
Guitar Amps
The following pages give an overview of the various types of guitar amp available. 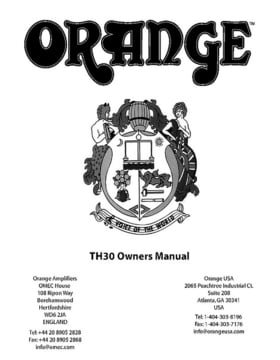