Manipulare Caracteristici Sunet Măiestrie
It works, it's good, it's cheap
RedMatt, 25.05.2017
I bought this pedal as myfirst ever looper because i didn't want to spend much on a looper.

A little bit worried about the quality (because there aren't that many reviews or videos online) i decided to just buy it. Delivery was quick and correct, as always, and when i first plugged it in, it did what I expected.

PRO'S:
It's a simple looper and it works, the sound is good, the footswitch is sturdy which is important for a looper because you use the footswitch a LOT and the looping mechanism is easy. The USB-connectivity works fine and is a neat feature, but i don't use it that often.

And now the DOWNSIDE to the pedal:

First of all, the sound. When i record a loop there is a small difference between the direct sound to the amp and the looped sound from the pedal. The difference isn't that big, but it is noticable if you know the sound of your gear.

Second, the volume knob works fine between completely off and noon (wich is about the same volume as the signal from the guitar) but the second half of the volume-sweep doesn't effect the volume very much. But since it's a looper, I don't think it's that big of a problem.

I also compared this to the TC Electronic Ditto my friend uses, and the difference in quality isn't worth double the price. 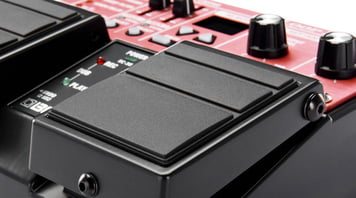 Loopers
Creating sound art is no problem with a looper, but it won't do your creative work for you!
descarcare gratuita 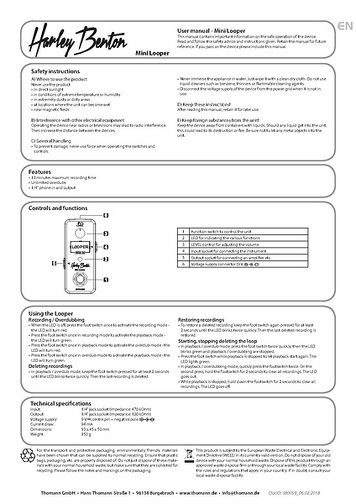 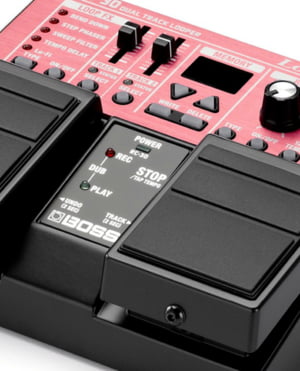 Afișează tot
Loopers
Creating sound art is no problem with a looper, but it won't do your creative work for you! 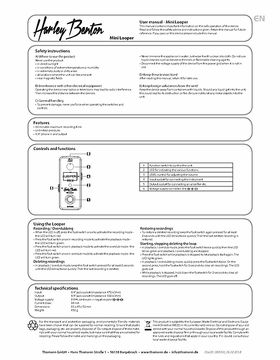