acabamento
Solid Plug, Worth the money!
06.05.2015
I was soldering a good couple of XLR cables and adapters and needed
something that wasn't too expensive since I was on a budget. I didn't want to go too cheap either and settled on these Amphenol plugs.

Despite what people say, Neutrik is not always the way to go. I soldered both Neutrik and Amphenol plugs for different kinds of cables and have to admit that I
probably wasted some money on the appraised Neutrik quality. Don't get me wrong,
I could drive a truck over those Neutrik equipped cables, but I probably won't.

For normal use, that means studio and performance, Amphenol is more than enough. I mean it's a plug. It plugs. If it doesn't break in half when I pull it out and doesn't produce noise and solders well, it's all that I need. It goes well with thick and thin cables and the four seperate pieces have a tight grip on each other.
The internal cord grip is tight enough for the plug to be pulled out by the chord, without the cable seperating from the plug. Everything nice and secure there.
The plug itself is perfectly sized and won't wobble in the XLR port.

If you want a cable for life, get a Neutrik plug,
if you're not planning on using the cable as a climbing rope,
it's perfectly fine to just get some Amphenol plugs, they will also last
at least as long as your lifetime.
Útil · Não útil · Reportar a crítica
Denunciar classificação…

Cables
Cables and plugs connect our valuable equipment, yet we often don't oay the the attention they deserve
Download gratuito 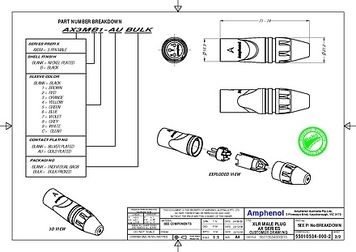 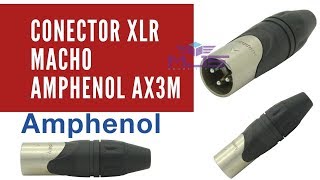