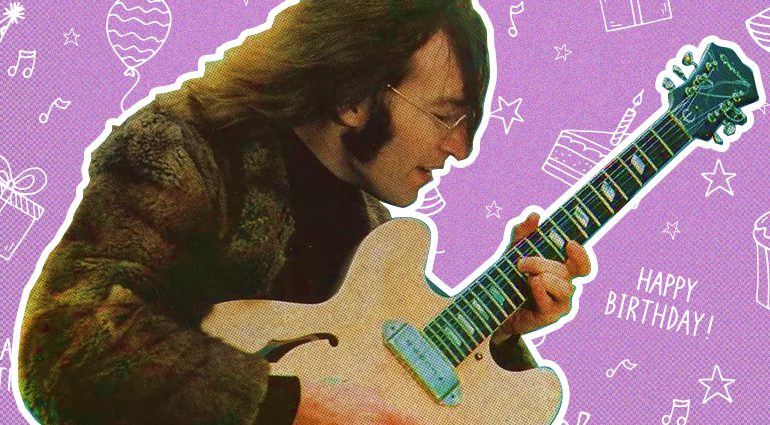 An Homage to the Unforgettable

John Lennon, world-famous co-founder and member of the legendary Beatles, was by far one of the most dazzling figures in music history . He was one of the most brilliant songwriters and most influential musicians of all times. He died much too early at the age of just forty. On October 9th of this year John Lennon would have turned 80 years old. That’s reason enough for a retrospective on the work of this beloved dreamer…

1. Middle name from the turmoil of the Second World War

John was born on October 9th, 1940 during the time of the Second World War. Shaped by the generally difficult circumstances, he grew up with his aunt. His full name was “John Winston Lennon”, whereby his middle name refers to the then British Prime Minister Winston Churchill. Lennon, like Churchill, was a rebel with a lot of inner insecurity and dissension. They were also both political thinkers, Lennon once said: “If everyone would demand peace instead of a new television set then there would be peace“.

2. A modest and very skilled guitarist

John never particularly bragged about his skill on the guitar, for him it was more of a means to an end. He was not interested in proving himself as an acrobatic guitar hero, far from it. More important was the songwriting and the delivery, both of which he excelled at. His rhythm playing was so good, though, that it was often not noticeable, it blended into the songs perfectly. For those times, his playing was absolutely special and, for all its nonchalance, spectacular, with pioneering character. Often John played the rhythm parts in rapid triplets like on “All My Loving“. Thereby he often used so-called banjo chords, i.e. chords on four strings. That he actually played the banjo was clearly audible in his playing.

3. Composer and songwriter far away from musical reduction

The cadenzas and chord combinations, especially, of Lennon’s songs were everything but mainstream. While bands like the Rolling Stones were more oriented towards the blues, Lennon & Co. contrasted major chords against minor chords, and incorporated key changes in many songs. Thereby they were obviously in love with progressions other than the typical root note, 3rd and 5th.

Again and again Lennon flirted with the catchy, like in the legendary intro including the hook line of
“I Feel Fine.” Whether the complexity was intentional in terms of music theory or more accidental, is not really clear. Around that, John Lennon wrote: “I could not yet grasp A minor7 at that time; so I took A minor.”

4. From the Reeperbahn into the world

The glamour with the thousands of screaming teenagers was not always there. Quite the opposite. The Beatles went the hard way. Starting in 1960 they were in Hamburg, where they regularly performed in the Star Club. They ended up being the house band there for entertainment and dancing and usually performed several times a day. This period was, for them, advantageous because they could actually hear themselves on stage. This was about to change when they returned to Liverpool. The so-called Beatlemania broke out worldwide, with the well-known ecstatic and hysterical screaming and shouting of (mostly female) fans. The amplifiers and sound systems of those times can’t be compared with those of today so at most gigs the Beatles could not hear themselves because of the thunderous fans. John hated that.

The Beatles’ last joint live performance took place on January 30th, 1969. Later it became known as the Rooftop Concert. They performed on the rooftop of the Apple building in London and had
it filmed in the process. The performance was intended for the “Let It Be” film. At that time the Beatles had just gone through a strenuous and gruelling time, they have long since fallen out. Already the Rooftop-Concert was the sign of their imminent, but not yet announced, dissolution. Shortly afterwards, in 1970, McCartney and Lennon left the band. They even argued about who would be the first to leave!

Alongside his second wife Yoko Ono, whom he had met in 1966, John was strongly committed to world peace. Again and again they brought peaceful protests against the Vietnam War into the public eye. He was not “only” co-founder and leading head of the Beatles. At the same time, he was an important peace activist and social critic. As a solo artist he wrote politically-motivated hits like “Give Peace a Chance” and “Happy Xmas (War Is Over)“. The most famous song by John Lennon is still considered one of the most important songs for peace: “Imagine“.

7. Lennon and his electric guitars over the years

For electric guitars Lennon had mostly relied on the Rickenbacker-325 models. From 1965 on he played, almost exclusively, his semi-acoustic Epiphone Casino. First it appeared in the sunburst finish. Then the psychedelic hype started and the guitar was abstrusely overpainted, then stripped again to the reduced natural finish as, for example, at Rooftop Concert. The special feature of the Casino: In contrast to most semi-acoustics, it has no sustain block. The result is that its top can vibrate much more freely. Especially unique for clean or slightly crunchy sounds!

John had bought a Gibson J160E in Liverpool in 1962. For about a year he played on the acoustic guitar. While playing on this instrument, he played, together with Paul McCartney, songs like “All My Loving”, “I Want to Hold Your Hand” and “She Loves You”. At a concert in December 1963 in London the guitar disappeared. In 2015 the almost-50-years-lost sweetheart reappeared at the “Rock’n’Roll Auction” in Beverly Hills by the Washington auction house Julien’s, where it was being auctioned off! The price: 2.4 million dollars (about 2.2 million euros).

9. Then the unthinkable happened

On December 8, 1980 the unbelievable happened: John was shot, in front of his home in New York’s Central Park, at close range by a mentally disturbed assassin with four bullets. At the Roosevelt
General Hospital he died from his injuries. His murderer David Chapman has been sitting in custody ever since in a New York prison. He himself had pleaded guilty. Now, after four decades, he’s showing, for the first time, remorse and is apologising for his actions. Recently, he has been denied parole for the 11th time by the probation commission.

Though often thoughtful, John Lennon was always in the middle of life. He was a restless doer who could not or would not stand still, permanently searching for the new and meaningful. All the more fitting is his statement: “Life is what happens to you while you‘re busy making other plans.” John Lennon was a provocateur, cynic, peacemaker, do-gooders. He has enriched all our lives. That of the older generations directly, that of the younger ones with the music and the feeling he left behind. 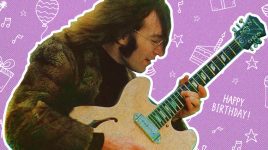 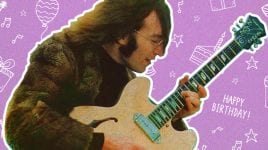 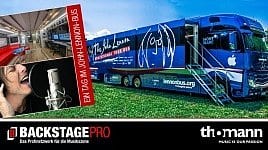 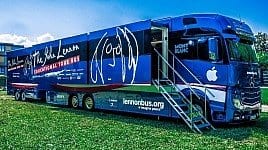