Joe started playing the acoustic guitar when he was 10 and has been using it as a songwriting tool ever since. He is passionate about melody and harmony and admires singers who create these in unique ways.

I was always singing when I was a little kid and at the age of 3, when I saw Bill Clinton playing the saxophone on TV, I knew I wanted to play an instrument too. My parents bought me a kid-sized acoustic guitar and I took lessons for about a year. In my early twenties I started getting serious about songwriting and recorded a few albums with friends in Montreal.

I mainly play the guitar, both acoustic and electric. I also play a fair bit of drums and bass, those two really make me move! But I think what I enjoy most is singing, the voice is the most portable instrument.

What was the first concert you went to?

Big Sugar (Canadian blues-rock band) at the Ottawa Senators hockey stadium. I was 12 years old and somehow acquired free tickets. I was blown away with their mix of styles: blues, rock, reggae and was inspired to create music that doesn’t fit into one genre.

…and the best live show you saw?

I’ve seen too many to count but an early one that stands out in my memory is Rush and AC/DC at SARSstock in Toronto (2003). The Rolling Stones played later that night but my friends and I left after 2 songs because of exhaustion, thirst and heat stroke from long hours in the sun. One of the most fun concerts I’ve been to was Ty Segall at Astra in Berlin, 2014.

I would still like to see Paul McCartney, one of my songwriting idols. I would also love to see White Fence, a very unique Californian songwriter. Also Weyes Blood writes very beautiful songs and Hooded Fang puts on a wicked show. 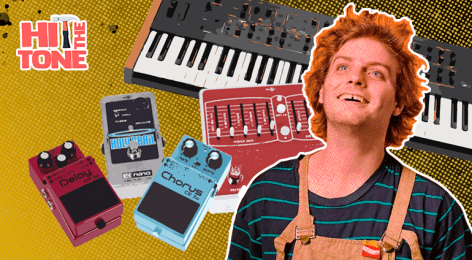