funktioner ljud hantverkskvalitet
Not bad
Photofan1986, 14.01.2020
I bought this cabinet along with the TC Electronic BAM200 amp head to replace my Markbass Micromark 801. I needed something a bit more powerful, but not too much bigger. For the price, the cabinet is surprisingly well built and feels very solid. It's quite lightweight and the form factor makes it easy to carry. However, I'm not so sure about sound quality. I confess I didn't look at the frequency response, but with a 70hz-4000hz freq response, one shouldn't expect hi-fi sound. Compared to the MK bass, it somehow lacks clarity and definition in the medium and it doesn't reach as low. What you mostly hear are low-mids and some higher mids (trebles, as expected, are shy without any tweeter being used). It certainly does produce a "beefier" sound than the MK801, but I don't like the tonal qualities, whatever equalization I do. A couple of days later, I heard the MK bass Minimark 802, which also uses 2x8" configuration, but with an additional tweeter, and the sound was in another league, imo.
So I guess it depends on what you're after. It does sound decent and it's well made, but don't expect miracles. So back it goes. Thomann's service is great as usual :)
Hjälpsam · Inte hjälpsamt · Anmäl recension
Rapportera betyg

funktioner ljud hantverkskvalitet
Unbeatable
FuerteMac, 10.01.2020
have been using this cabin for regular gigging over the last month with the TC BQ250. This combination works perfectly for me as many venues (bars and clubs) are above or below the ground level and are limited for space.
This where this cab comes into it's own...
tiny footprint, stackable, a smidge under 10kg and packing a punch to embarrass heftier rivals. It is so perfect for my needs that I could have been tailor made for me.
Build quality is robust given it's light weight and TC Electronic have a fast developing reputation for reliability.
Pros -
Excellent value for money
Highly portable (it won't fill the boot of your car or break your back lifting it in there)
Excellent sound quality with good low end growl (even using a 5 string) and copes with brighter tones well despite having no horns/tweeters.


Cons -
No-one will take you seriously with such a tiny set up... until you with it on.
May struggle in larger venues but it is not designed for that purpose.
My only tiny gripe is that a top mounted handle on an a unit which is stackable means you no longer have access to the handle once something is stacked, (most likely a head unit) the cabinet is both slick in appearance and it slick to the touch so not the easiest to nudge around a stage but on the plus side my spectacles fit nicely into the handle recess. (Rock and Roll)
Hjälpsam · Inte hjälpsamt · Anmäl recension
Rapportera betyg 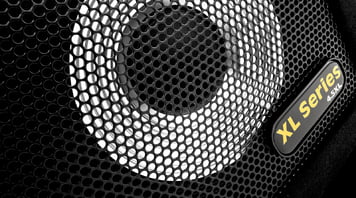 Bass speakers
After a bass player has bought a great instrument and a suitable amp, they still need a proper speaker. What should you bear in mind when looking for one? 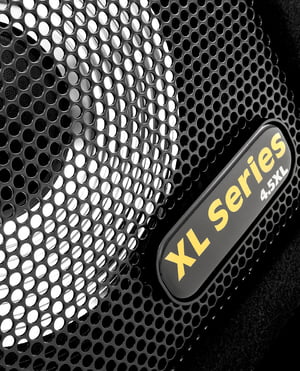 Visa alla
Bass speakers
After a bass player has bought a great instrument and a suitable amp, they still need a proper speaker. What should you bear in mind when looking for one?

Visa alla
Bass Amps
Everything could be so easy, since all you want is to amp up your bass, right? This guide will provide you with an overview of what's available in the bass amp world!