Măiestrie Caracteristici Manipulare Sunet
Great interface for Home Studio!
Tomas T., 04.06.2019
I currently use this audio interface for my Home Studio setup.
Presonus Studio 26c is a small audio interface with a very clear sound, especially for this price. It is very easy to set up (plug and play on Mac).
The build quality is good. It feels very sturdy, and well built. One of the downsides I found so far is that they placed all the outputs in the back of the interface, which make plugging in the headphone a drag. Also sometimes the interface needs to be disconnected and reconnected, as it is not recognized by the software.
The best part about this product though, is the USB-C connection. This gets rid of any dongles, and that is veeeery handy. At the moment being one of the only, if not the only audio interface in that price with a USB-C connection, it gives presonus a nice lead.

Măiestrie Caracteristici Manipulare Sunet
Very good
Gabel, 04.10.2019
I use it for audio playback, voip and sometimes for mixing in a treated room. I got to love Presonus gear from my first audiobox bought more than 8 years ago which at some point I had in parallel with a RME Fireface 800 and didn't hear any differences on playback, mic pres were indeed better on RME.
Never had driver problems which for me is one of the most important aspect in a audio interface.

Cons:
*Very good sound on all outputs, headphones included. Only tried with maximum 55 ohm headphones which it can easily overdrive.
* Really good preamps
*Usb powered and plug and play on windows , it is recommended u get software pack from Presonus.
*Switches , pots feel good and sturdy.
*Solid contruction, managed to drop it from 1 meter before plugging it in the first time and was totally fine :) .

Măiestrie Caracteristici Manipulare Sunet
Pagan Vibes, 03.02.2021
I was hesitating buying this audio interface because I had doubts if it is capable of driving 250 Ohm headphones to a decent level but a few professionals persuaded me that it is, so I've bought it and didn't regret.
It is a nice, small, well built iron box which you can definitely grab with you if you're going to travel. Bear in mind that it is always be marked with you finger prints on the top surface. Anyways, the sound quality of preamps is a lot more better than in younger model and indeed is really good for this price range. There are two cables inside: USB-C to USB-C and USB-C to USB-A, but they are very short (about a metre in length). Another inconvenience is that a headphone port is on the back side panel. Still, you'll have a nice interface to which you can connect 2 pairs of monitors and some devices via midi cable. I'm totally fine with this device but it is up to you and your preferences.
De ajutor · De nici un ajutor · semnaleaza un abuz
Raportează evaluarea… 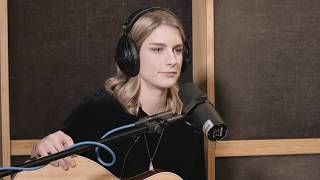 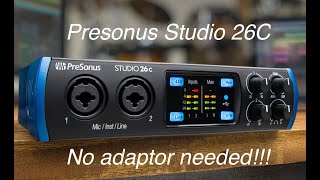 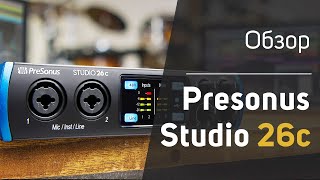 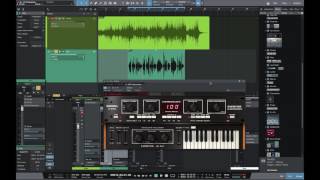 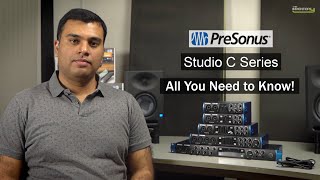 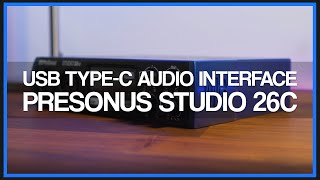