Caracteristici Sunet Măiestrie
At first I thought I had made a mistake...
DK1985, 05.07.2019
I'm no luthier, but I am also no novice when it comes to assessing quality and setting up guitars. the first time I played this out of the box I thought I had wasted my money. I couldn't get the thing to stay in tune, the action was horrible, it was cutting my hands up and I was comtemplating sending it back.

Then I got drunk.

Then the fret file and screwdrivers came out. Here's how I turned this guitar from a potential error into my favourite guitar to play.

1: Take the strings off.
2: File the fret edges down to stop it from shredding your hands off.
3: Get some oil. I used fast fret. I went up and down the whole neck dabbing oil on. I also put plenty on the nut. This is important as it helps termendously with the tuning issues that came with using the trem. Then wipe off the excess.

3: I removed a spring from the trem. This made it float. If you dont want a floating trem then don't follow this step. If you want to be like Jeff Beck then absolutely do.

5: drunkenly send whatsapp messages to your brother and your guitarist friend declaring yourself to be some kind of guitar fixing god.

Seriously though, after I had done the above I was scarcely able to put it out of tune again even with diving the trem right to the body. The fretboard drank a fair bit of oil but looks and feels lovely now. I did have to file some of the frets down above the 12th as I was getting buzz when bending up but this was probably just luck of the draw and you may have 0 issues. A good guitar tech could have this thing playing beautifully for you with minimal effort if you dont fancy trying it yourself.

Soundwise it is beautiful. I can't hear much difference between this and a fender. The pickups are good, there's a lot of buzzing like you would expect from this configuration but I know this can also be remedied to a point with good shielding and some proper earthing.

If you want a good starter guitar, a project guitar or something to pad out your collection (I use this for recording) then I can't recommend this enough. Great guitar. Great price.
De ajutor · De nici un ajutor · semnaleaza un abuz
Raportează evaluarea…

Caracteristici Sunet Măiestrie
Good Guitar on a budget
SomeDude, 04.02.2018
I purchased this guitar to act as an upgrade platform for my American Stratocaster, to act as a sounding board for upgrades. I figured for this price that there would be some work to do, but was hoping that it wouldn't be too bad. To make a long story short, I think the guitar met but did not greatly exceed my expectations.
Out of the box, the guitar was quite playable, but unexceptional.
The action wasn't the worst, but was too high for any ones style of playing. A truss rod adjustment helped, but only slightly. A number of frets were too high. I could hammer some of them down, but had to file 5 frets, two of them heavily, to get the frets flat. The truss rod was set up a little weird, the bend created by relief was too high on the neck, so I couldn't get the action as low as I wanted (I like very low action), but at least it was much better and definitely playable.
Tuning stability was kinda meh. I've seen worse, but it wouldn't hold tune for extended periods. Replaced the tuners with Fender American standard tunes and it now has great tuning stability. I also replaced the nut with a graph tech nut, mostly because I it was on a guitar I was selling, so I figured what the heck. The tuning stability using the trem isn't great, but I figure if I put on a heavier trem block and possibly new bridge saddles, then it might be able to hold tune with heavy trem use.
The stock pickups were okay. Not great, but not terrible either, and definitely a surprise in a guitar at this price point(in a good way). I put GFS single coils in it to see if that would help the sound, and it definitely did. I measured the resistance of the stock pickups (ceramics btw), they all measured in at around 4.5k ohms, so I am guessing they all came out of the same bushel basket. The pickups I originally installed were a Texas Special set I had lying around, and although I liked the neck and middle, I just couldn't live with the bridge. Strong for a single coil, but too harsh and trebley. I opted to go HSS with over-wound GFS singles and a Dimarzio 36th Anniversary PAF in the Bridge. Really liking this configuration. The problem I had with it, was the screw holes didn't line out with a standard strat HSS pick-guard. I managed to get 5 screws to line up. I haven't decided if I want to drill new holes or not. The routing is actually set up for HSH, very neatly done too, another surprise. I have worked on numerous Squires, and the routing on this guitar was much better than most of those.
The paint looks good, but is on the thin side, not as heavily painted as Squires. But it is very evenly applied and overall looks like some attention was paid to it.
Roseacer. I havn't decided if I like this or not yet. I did clean the fretboard when I replaced the factory strings (mandatory of course) and it was very dirty (common with new budget guitars). At first it felt kinda chalk-boardy and perhaps a little fake. But the more I play it, the more I kinda like it. Categorizing it is the hardest part. It is not like ebony, rosewood, or maple. It is really its own thing. The neck is kinda a medium width C shape, I would say somewhere in the middle between slim and chunky.
My overall impression of this guitar is that it is a good out of the box guitar, with some good but limited upgrade potential. I keep up on the Squires they are making nowadays, and would have to say that overall this is a bit better than a Bullet Squire, and would compete nicely with Affinity Squire in regards to sound and play-ability. However I would give the Affinity the nod in regards to overall finish work. those guitars have a thicker, higher quality finish to them. I always thought they were designed to look good first, and play/sound good second. This guitar seems to be designed the other way around.
De ajutor · De nici un ajutor · semnaleaza un abuz
Raportează evaluarea…

Caracteristici Sunet Măiestrie
Cannot believe this guitar is well under $100.00
hannon jh, 14.11.2020
I purchased this guitar a while ago for well under $100.00. I own many strat style guitars and built a few myself and this guitar is incredible for the price. First, If you are a beginner this guitar is PERFECT. If you are a seasoned player all you have to do is exchange the pickups and you have an awesome strat style guitar. I put a set of new Tex Mex Fender pickups (which was not that expensive) and it keeps up with the more expensive guitars. Quality is incredible and for the price it's amazing!
De ajutor · De nici un ajutor · semnaleaza un abuz
Raportează evaluarea… 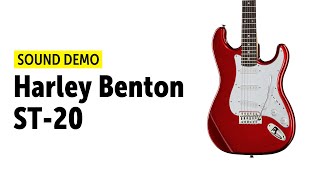 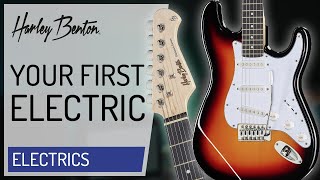 Afișează tot
E-Guitars
Electric guitars are ten a penny and nowadays there are at least as many models and makers to choose from.
Afișează tot
Guitar Setups
The range of available guitars and amps has never been greater than it is today, and a huge variety of sounds are easily accessible.
rezultatele testelor:
Citeste recenzia