Caracteristici Sunet Măiestrie
DeadMan's Fingers, 13.06.2021
Very VERY disappointed, but probably not quite in the guitar!!!
I had a 2020 Gibson Slash LP AFD guitar, but I had to sell it. And since I already had such a guitar, there are also other Gibsons, I can compare them normally!

Dear Thomann management, I really ask you to pay attention to this comment!!!!!!

I decided to buy a Gibson Slash for my collection again, as I really like this guitar and its unique sound qualities, I know all the nuances of this model perfectly! I do not have this guitar in my country temporarily and I decided to order it on Thomann.de .
I ordered a new guitar.!!
All paid for and waited with great impatience!
Knowing that there are different cases in international shipments... I filmed the unpacking of the package, just in case.

The first thing that alarmed me was the lack of protective polyethylene on the handle of the guitar case, it should be there, the condition of the handle of the case was not very neat, as well as the whole case.
And now the most important thing! Deciding not to pay attention to these little things, rather began to open the case to see his new guitar, and feel the beautiful, signature smell of GIBSON guitars ! I'm talking about the smell that gives the signature type of guitar coating from this company - Gloss Nitrocellulose Lacquer!
Any owner of branded guitars from this manufacturer will never confuse this smell. It's like a calling card for these guitars!
When I opened the guitar case, instead of that signature Gibson guitar smell, there was the smell of some cheap wood polish and the smell of some cheap paint! The guitar itself exudes this smell very strongly, especially in the central area on the back side and the case naturally too! I compared the case with other cases and a photo of my Gibson Slash guitar case that I had earlier! The case is absolutely not the same! At the same time, guitars released almost at the same time in 2020! But it's not just the case! This guitar was obviously repainted or re-applied some kind of varnish! This guitar is clearly out of repair! The fingerboard has barely noticeable dirty traces of glue! I'm not talking about thinking even worse.. !
I am very very disappointed!! And I'm not disappointed in the Gibson company at all! I love their guitar a lot and they are all beautiful.
I'm sending this guitar back to you soon!
De ajutor · De nici un ajutor · semnaleaza un abuz
Raportează evaluarea…

Caracteristici Sunet Măiestrie
Inefficient Quality Control but the sound is amazing
lcesario78, 15.02.2021
The toggle switch on brand new, US$ 3k guitar turned out to be faulty, fresh out of the box.

ISSUES:
1. If you try to switch to the bridge or neck pickups, the switch gets pulled right back to the middle, without interference. Seems like the toggle is not sticking out of the cavity enough to lock in place when you switch positions. It astonishes how this was overlooked at inspection. A pretty basic thing to notice.

2. Another thing that bothered me was some irregularity on the 2nd fret of the G string that makes the note almost bend if you move your finger slightly.

PROS:
Now this is how a Les Paul should sound like. If you, like me, wanted an upgrade from your Epiphone or other generic Les Paul, this instrument is on another level in terms of tone. And my Epiphone was completely modded. It had Gibson pickups, CTS pots, Gotoh bridge and Schaller locking tuners. And it never stood a chance against this Gibson. The Gibson Les Paul seems to unlock tones you never though your instrument could give. The difference is like listening to a song in a compressed mp3 and then listening to it again in a Wave format. I'm not sure way that is, as I'm not a professional, but for me the only explanation is the wood (even though a lot of people claim that wood doesn't affect tone as we like to believe). But I can't find any other explanation.

CONCLUSION:
Regarding the issues above, I'm in talks with Thomman to try to get the instrument replaced. I'll give Gibson a vote of confidence and stick with the same model, hoping that I'll have better luck next time.
De ajutor · De nici un ajutor · semnaleaza un abuz
Raportează evaluarea… 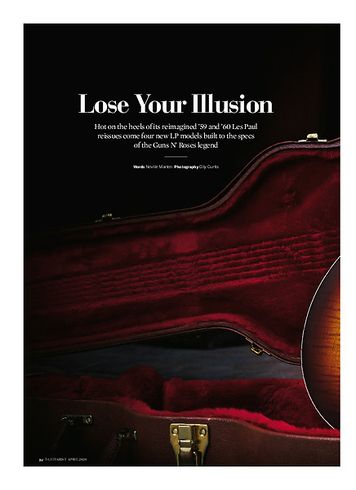 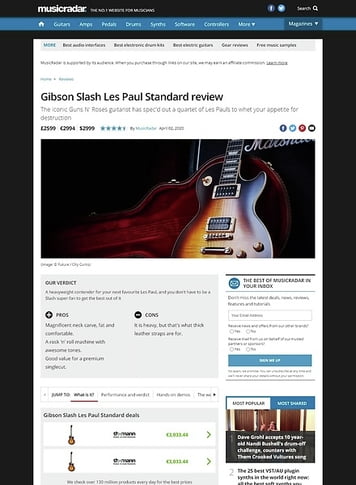 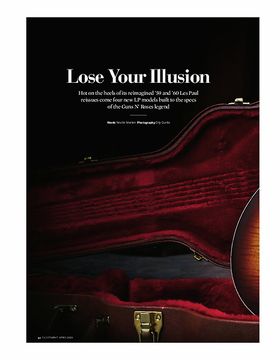 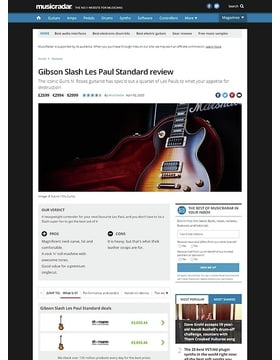 Afișează tot
Guitar Setups
The range of available guitars and amps has never been greater than it is today, and a huge variety of sounds are easily accessible.

Afișează tot
E-Guitars
Electric guitars are ten a penny and nowadays there are at least as many models and makers to choose from.