Caracteristici Sunet Măiestrie
A couple of tweaks needed before achieving potential as a 'no brainer'
MacChap, 29.10.2020
I owned a 12 string acoustic back in the early days of my guitar journey and now, playing mostly electrics, I had a hankering for another dose of those wonderful jangly harmonics such instruments produce. After copious research and unable to justify a Rickenbacker on grounds of cost and intended, mostly home, use I decided on the Danelectro.

Out of the box the build quality looked very good for the price point and it is certainly very attractive in vintage cream. The control knobs are a bit 'plasticky' though. Some have commented that the larger headstock of 12 string guitars can make then feel a bit neck heavy when playing but I'm not finding this to be the case. Perhaps this is due to the positioning of the strap buttons which, when a strap is attached, allow the weight distribution to be nicely balanced.

The label attached to a tuner proudly states "Every guitar set up in USA" (I believe they are actually built in Korea). The string tension had been slackened off 2 or 3 turns for transit and it was a simple job to bring the guitar up to tune, plug into a Marshall 2525C and make some music. Oh oh ..... hardly the epitome of playabiity for anything other than a few 'cowboy' chords??? The action was way, way too high.

A check of the neck relief revealed no issue there so it was on to the saddles and more work for my action ruler. Those of the 1st and 6th string pairs were set @ .080" at the 12th fret and the 4 remaining pairs considerably higher with the saddles all set at the same height. The profile of the 14" radius neck was certainly not being followed. Fortunately these are easily adjusted and the saddles were soon lowered to a measurement of .050" at the 6th string (low E) - which incidentally matches that of my PRS CE24 - is buzz free and gives massive improvement for playing barre chords up the neck and string bending (yes, it's occasionally useful on a 12 string too!)

So now I can look forward creating to a huge range of tone, made possible not just with the 12 strings but the humbucker / single coil pickup configuration combined with a coil tap. Very sweet!

Perhaps I was just unlucky but if what I received is a typical example of a standard setup for the average customer then someone at Danelectro needs to have a re-think. It's the only thing that prevents me giving it a 5 star rating for an otherwise 'no brainer' instrument.
De ajutor · De nici un ajutor · semnaleaza un abuz
Raportează evaluarea… 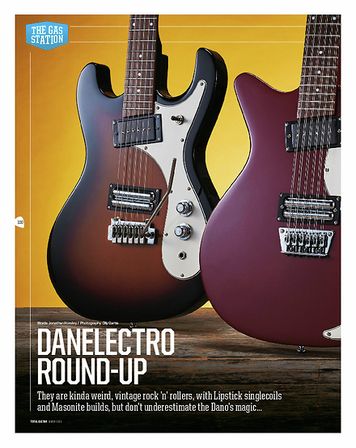 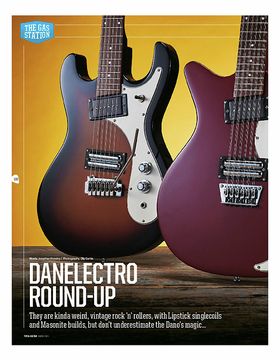 Afișează tot
E-Guitars
Electric guitars are ten a penny and nowadays there are at least as many models and makers to choose from. 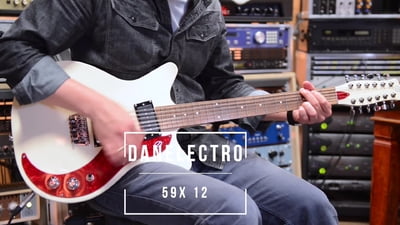