Măiestrie Caracteristici Manipulare Sunet
Beyond imagination for that price!
fommof, 07.02.2020
So, I wanted a 4 input USB interface that could record at 48Khz/24bit 4 tracks at the same time without issues in order for me to digitize my master tapes from my 4 channel analoge track recorder.

So, yeah, I am gonna go ahead and recommend this interface as if you are looking for a card with the specs it packs, you really can't go wrong with the 404HD.
De ajutor · De nici un ajutor · semnaleaza un abuz
Raportează evaluarea…

Măiestrie Caracteristici Manipulare Sunet
Cheap, good and compatible with Linux
zebarnabe, 22.02.2021
4 channel input/output USB Audio interface that is cheap in price but quite nice in quality, additionally it is plug and play for Linux (tested with Ubuntu 20.04).

The good:
The microphone inputs are quite clean, at least when using condenser microphones with phantom power (slightly more noise than in a SSL2 interface).
The headphone output has more than enough power to drive 250 Ohm headphones (tested Beyer Dynamic DT 990 Pro and DT 297 PV)
The knobs feel really nice, time will tell, but they feel a grade above the ones used in other Behringer consoles.

The quirks:
When monitoring, you can mix the inputs and the outputs with the MIX knob.
For the inputs you can listen to all of them at the same time, and stereo mix them as well by pressing the Stereo/Mono button.
However when monitoring the outputs for channels 3-4 (by depressing the Monitor A/B button) they are completely separated from the rest, including the inputs.

The less good:
The CLIP and SIG LEDs are useful guides, but you need to monitor your levels through software to set the microphones gain (at least until you know how they behave with the interface).
Line level inputs start distorting before clipping, make sure your signals are not too hot (even though they are not clipping distortion will happen), this seems to be more evident at higher frequencies.

The bad:
The line outputs are low, if you are connecting to a pro line level you might find the output insufficient, if you are connecting it to a PA or a mixer down the line, make sure you can pick something with a -10dB option for the level (and even then they might be a bit on the low side with the MAIN OUT at maximum level). 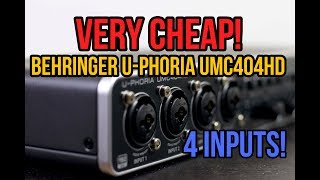 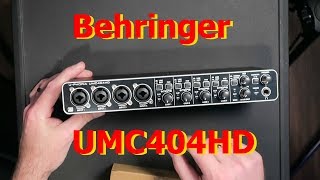 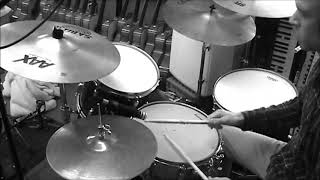 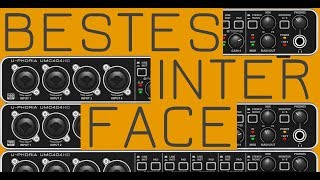