características som acabamento
I hate blind A/B tests
gordonliv, 23.05.2016
There's a little trick I do from time to time to compare different products. It's good fun and you can learn a lot. What I do is set up blind A/B comparisons and compare two or more products to see which one's better. I don't limit this activity to audio products - I do it with wines, cheeses, coffees and teas... even fabrics. Sometimes the results are really astonishing. If you can't tell the brand name of the thing you're listening to/tasting/feeling... then you have to decide your preference on what your senses are telling you.

In fact I'm placing an order for another one right now. :-)
Útil · Não útil · Reportar a crítica
Denunciar classificação…

características som acabamento
A low-cost mic, expensive sound
07.01.2017
Finding myself a little more time for music again I felt the need for one more large diaphragm condenser. In the past (pre mortgages and babies) I had a few great £300-£500 mics from the likes of Rode and Se, but as now a hobbyist on a budget couldn?t really justify buying a £300+ mic this time around.

The fact a SC1100 is so inexpensive, yet I?m preferring it to something three times the price, tells you that what was good mic buying advice a decade ago doesn?t necessarily hold sway today. Cheaper mics have moved on. They?ve moved on a lot. If I need another mic in the future I expect the t.bone range will be my first port call.
Útil · Não útil · Reportar a crítica
Denunciar classificação…

características som acabamento
somehow universal usefull
Mr Tea, 02.03.2021
I have been using it several times in figure 8 as the side-mic in MS arrays, on different acoustic instruments and in different constellations, in both small chambers and in large halls. Until now it always worked nicely and sounded good in combination with other mics, almost like an universal tool, I like it, and I will continue using it for MS arrays. It is really heavy and bulky, somehow impressing if you appreciate such a masculine design, not so convenient to carry around when you have other things to carry, definitively not good for backpacking, but I take it with me to recording sessions when I can. It survived falling down on a floor when its stand was tilting over, probably its solid shock mount saved its life. As a vocal mic it works ok for me as well. But for that I do prefer the Rode Nt-1, after comparing, since I own them both.
Útil · Não útil · Reportar a crítica
Denunciar classificação…

Large Diaphragm Microphones
They pick up any sound! In this guide, we have tracked down the most popular condenser microphones for you.
Downloads gratuitos 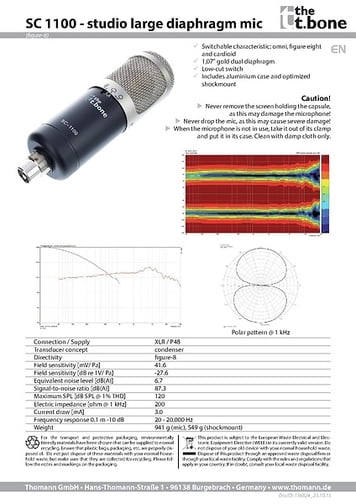 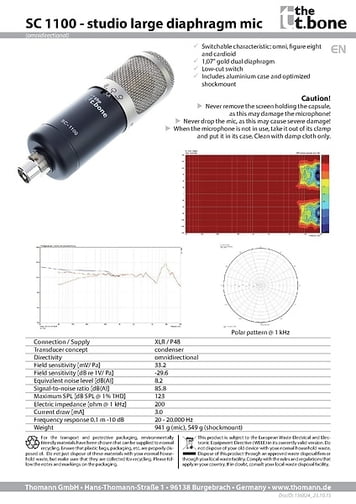 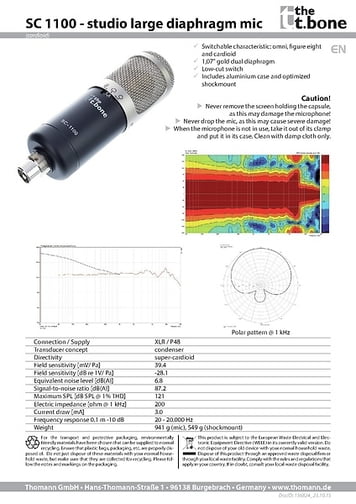