Upgrade from all previous versions of Reason, Reason Student & Teacher and Record to Reason 11

manuseio características som/qualidade utilização de computador
Amazing Reason
Godisinmusic, 10.02.2021
Upgraded and got the best plugin engine in the world.
This upgrade made all much better.
value for the money!
Útil · Não útil · Reportar a crítica
Denunciar classificação…

manuseio características som/qualidade utilização de computador
VST Implementation a Killer Feature
Benshirro, 21.04.2020
I've used Reason since V1 all those years ago, and over that time I have paid to upgrade a few times. Because of that I was hesitant to upgrade to V11 as there didn't seem to be very much in the way of new features - the main one being able to insert the Reason rack as a VST instrument or effect. I thought it would be handy, as Rewire is often clunky in the DAWs that I use, but I didn't necessarily see it as worth the money to upgrade on its own.

In the end, I took the plunge and I am so glad I did - it's such a good way of working with Reason in my main DAW - I use it as an instrument to utilise the synths, drum machines and samplers, but more often than that I use it as a VST effect for my other VST instruments. I've always loved the Reason FX especially with the ability to modulate through CV routing and being able to apply that to my other sounds is so nice.

One minor thing for me - the CPU load can be quite heavy, especially when using it for FX and comparing to other VST FX. I found myself having to freeze it in Cubase to free up CPU for other stuff and I've never had to do that with other FX before. However the developer has addressed high CPU usage for VSTs before so I am sure they will probably look at this in future updates as well.

So in summary if you work in another DAW most of the time but like Reason's instruments and FX then you should definitely upgrade. If you work mostly in Reason I would personally skip this update and wait for something more significant.
Útil · Não útil · Reportar a crítica
Denunciar classificação… 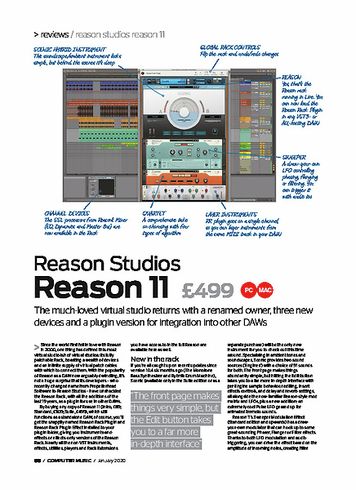 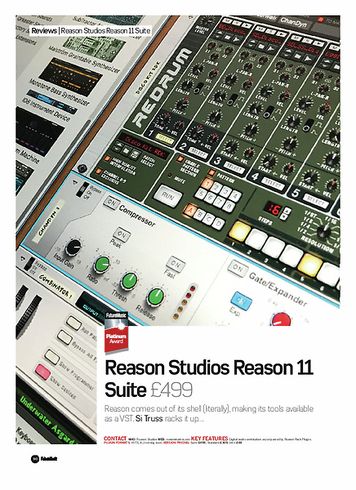 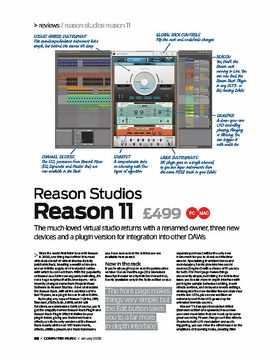