The operating principle of a compressor is characterized by the following static parameters:

As a general rule, the input level is initially adjusted so that it matches the compressor's operating level (0 dB on the level meter). Because the threshold lies below the operating level (e.g. at -15 dB), a given ratio will lead to a corresponding gain reduction, attenuating the signal. This is compensated for by using the makeup gain to raise the output level. Ultimately, this means that the loudest portions of the signal (those above the threshold) are attenuated, while the level of the quieter portions is increased. The dynamic range is compressed.

The following chart illustrates the relationship between these parameters. 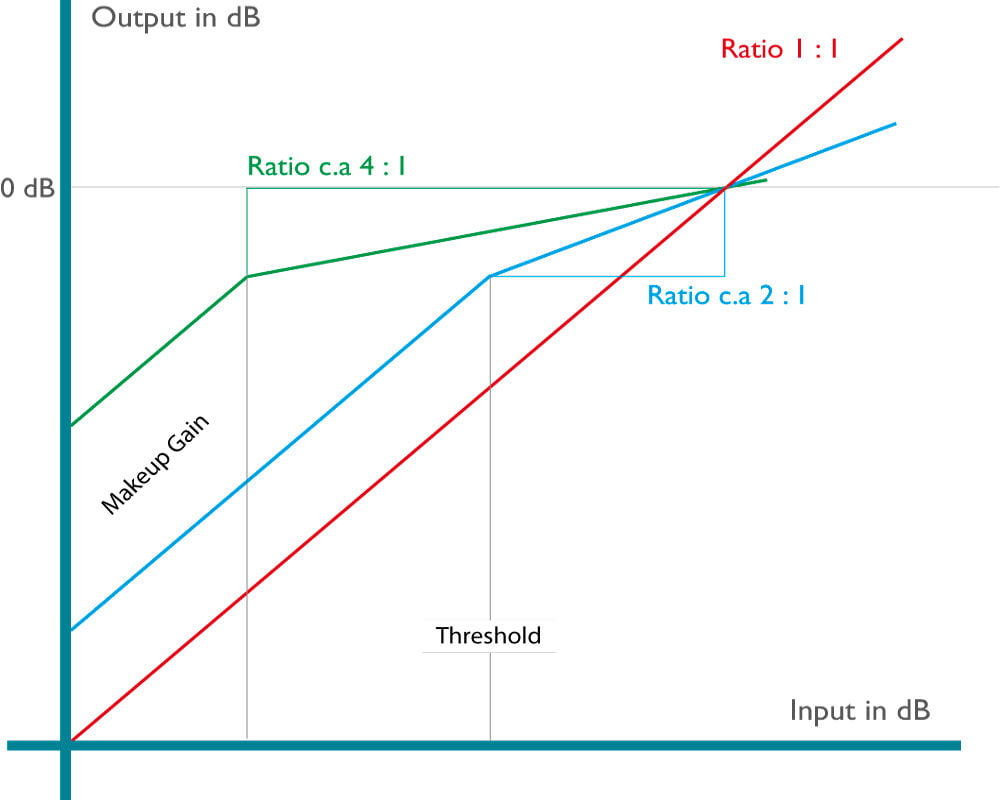 Threshold, ratio and makeup gain are adjustable parameters of an audio compressor. Their settings determine the gain reduction, which is shown on a level meter.

As you can see in the above chart, the compression graph has a sharp kink at the threshold. The gain reduction has a linear characteristic. This means that the use of the compressor may be audibly evident, which is undesirable in many cases. For this reason, many compressors allow for a switching between so-called „hard knee“ and „soft knee“ characteristics. At the soft knee setting, the graph follows a gradual slope instead of kinking sharply. 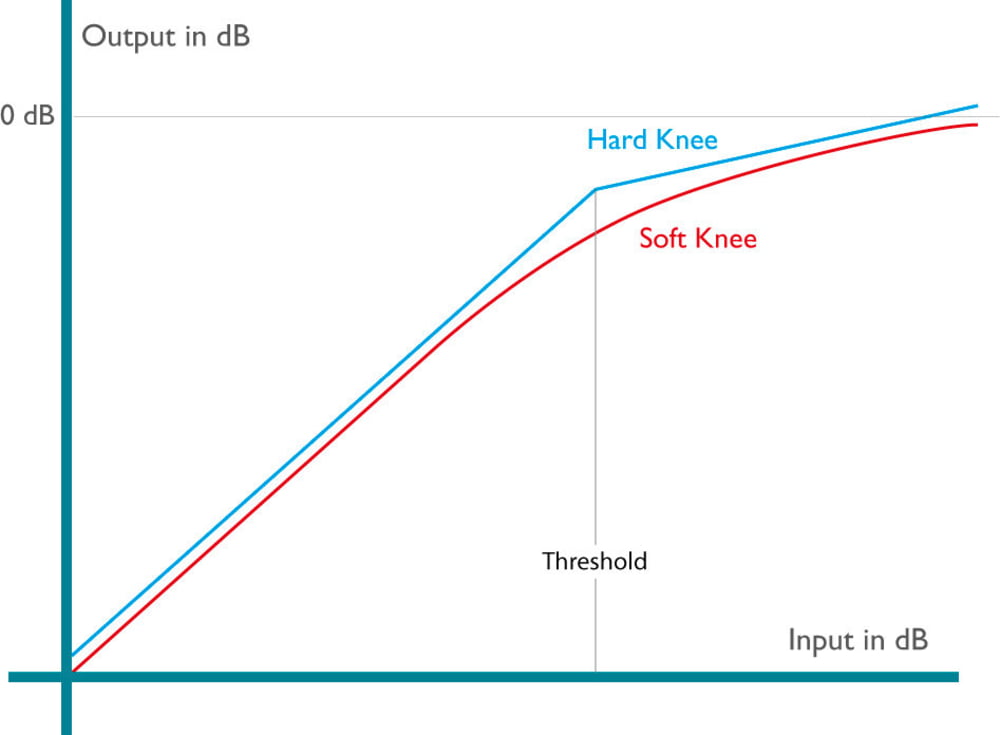