The dynamic parameters of a compressor define its response time to an input signal's passing through the threshold (exceeding it or going below it).

The attack time determines how long it takes the compressor to reduce the output level by 63%, after an input signal exceeds the threshold. 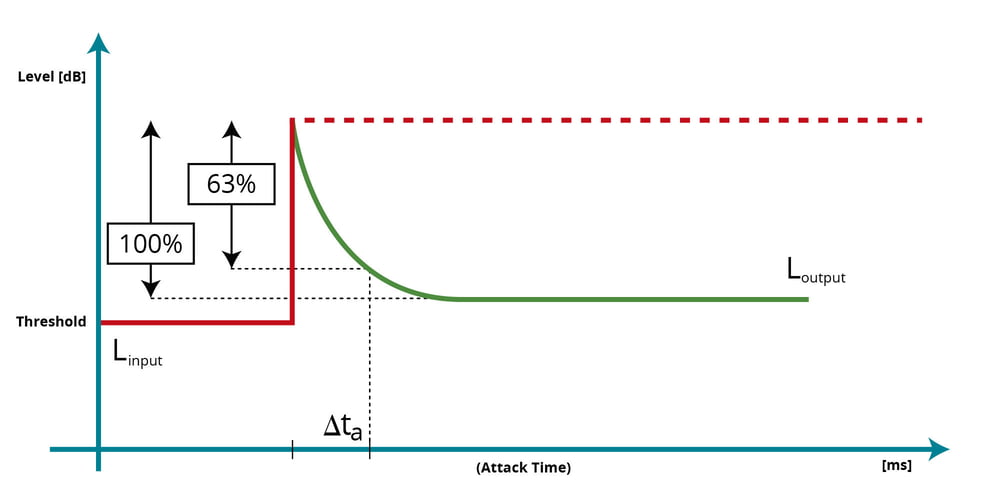 The release time determines how long it takes the compressor to return the output level to 63% of the difference between input level and unity gain, after the input signal falls below the threshold. 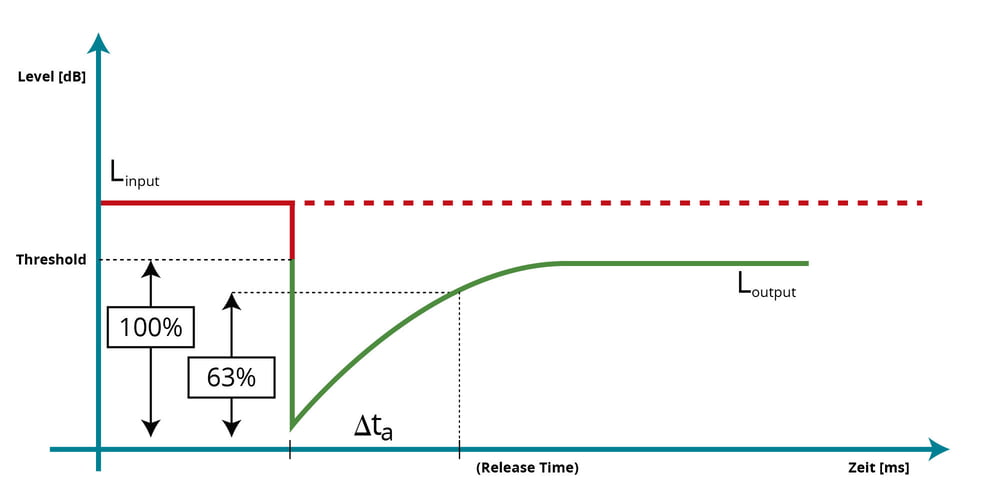 The time control is achieved with RC circuits, which are combinations of a resistor and a capacitor. The attack and release curves are in fact the charging and discharging curves of the corresponding capacitors. A capacitor is regarded as fully charged or discharged, after five time constants have passed. During the first time constant, the capacitor is discharged by 63% or charged to 63%. This is where the seemingly arbitrary percentages in the definitions of the attack and release times come from.

Most compressors provide controls for adjusting the dynamic parameters. The attack time is commonly measured in µs to ms, while the release time ranges from ms to sec.

How the response times affect the signal

A short attack time can significantly affect the shape of the signal in the low frequency range. The waveform is altered by the change of level. Higher frequencies are not affected by this. With longer attack times, the gain reduction occurs over several wave cycles, which alleviates this effect. In signals with a lot of low frequency content, short attack times can lead to popping noises. In theory, this also applies to the release time. In practice, most compressors don't allow for such short release times, so they are not as problematic.

How the attack and release times act together

Short attack, long release: In addition to the level peaks, medium and quiet signals are attenuated, because the compressor immediately reacts to the peaks and then takes some time to return to unity gain due to the long release time.

Medium attack, medium release: Short level peaks remain unaffected. The compressor only affects signals that exceed the threshold for a longer period of time. The release is fast enough to ensure that quieter portions are not overly attenuated. Levels below the threshold are raised due to the makeup gain. The average level increases, thereby raising the perceived volume.

Long attack, long release: Level peaks are unaffected, medium and low levels are attenuated due to the long release. 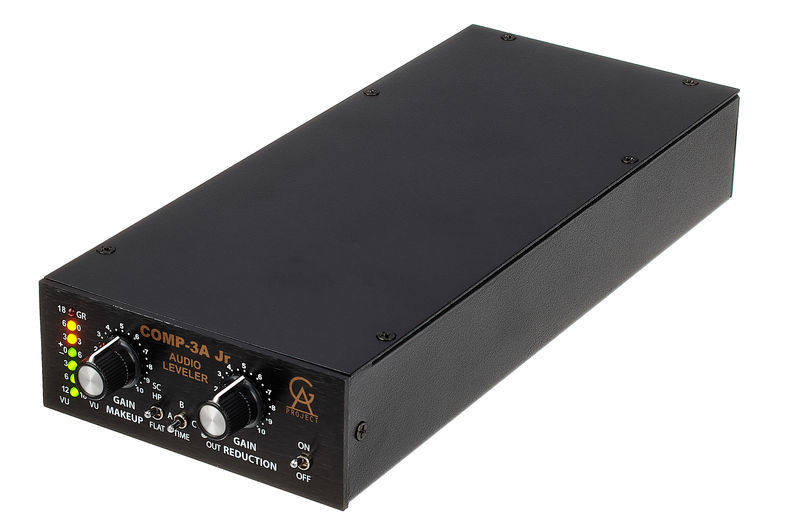