OVERALL: This thing is a winner (for me). I've had it for a week now and it's a lot of fun. It gets surprisingly loud for such a little guy but don't expect to compete with a drummer. It also puts out a surprising amount of bass, too (but the speakers can't always handle that when you turn it up).

SOUND: It can be made to sound good but you have to work for it. I have found a clean (the JZ120) and driven (plexi) amp model that work well for me. The other amp models (including all hi-gain amps and let's not even mention the horrible AC-30 model) just . . . don't. They can all use the same set of speaker/cab IR's but most are just too drastic; boomy, muffled and/or fizzy. Great collection of effects and they're mostly pretty good but sometimes controls don't have a wide enough range IMHO. The acoustic simulator sounds very 'crystalline' and I played with that a bunch today (on a strat), which was cool.

OPERATION: You pretty much need your phone to access all but the most basic controls. But we all have our phones with us 100% of the time, right? The phone app is clear and easy to use. The MIghty Air is completely wireless and portable. Bring it to the park! A charge lasts a long time, too. The main unit charges via USB-C connector. The wireless transmitter for your guitar can recharge when plugged into the base but can *also* be recharged via it's own USB-micro jack (yes, oddly, it uses a different connector than the main unit) while you can still play using a cable.

EXTRAS: The built-in metronome is cool although most of the included drum loops/backing tracks are TERRIBLE! But you can stream any audio from your phone or computer (via cable OR Bluetooth) so that gives you much better options.

BIGGEST COMPLAINT: can only store 4 presets/patches and you CANNOT save anything on your phone. NU-X, for the love of god! Allow us to save patches on our phones! It would be easy to do.

ALTERNATIVES: I don't think there's anything else on the market that's rechargeable, portable, wireless, and includes so many amps/effects. Maybe a wireless set plus Blackstar fly would be similar money but would not have nearly as many effects. If you're after better tones, then look at Yamaha THR or the new Positive Grid Spark but those are bigger units which require power. Happy Gear Shopping to you!
Útil · Não útil · Reportar a crítica
Denunciar classificação…

manuseio características som acabamento
Great sound little amp but
Robbirob , 13.04.2021
Bought this amp 3 months ago
Sounds are fantastic, i mainly use the Twin Verb sound.
Only thing is that this sound is really too clean even with gain set to 100 there is no breakup. Hope this will be improved at some point
Then the wireless feature is a bit disappointing. I dont use it because the dongle only last for approx 15 minuts, by far not what is mentioned in the specs. So i use a cable instead
The Bluetooth audio feature is also not seamless. Playing audio sounds dull even with the presets used and signal is interrupted often
Other then that guitar sounds are very good
Útil · Não útil · Reportar a crítica
Denunciar classificação…

manuseio características som acabamento
Cool, wireless guitar practice amp
Machineboy, 31.03.2021
This is a cool little practice amp. The wireless function works great and makes it easy to play your guitar without the hassle of cords and power outlets. It sounds good, but not great. For practice and noodling, this is a good choice.

Pros:
- Wireless works great
- Battery life is ok
- Sound is decent if not playing too loudly
- Decent app to finetune your sound and effects

Cons:
- No built in tuner
- Only 4 presets, and those are limited to certain amps
- Can't save more presets in the app
- Limited adjustment on the amp, must use app
Útil · Não útil · Reportar a crítica
Denunciar classificação… 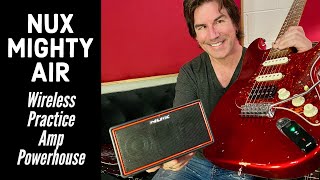 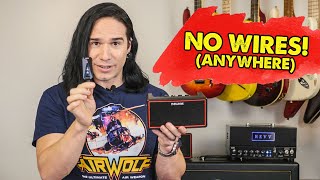 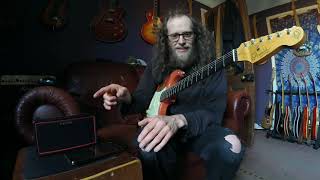 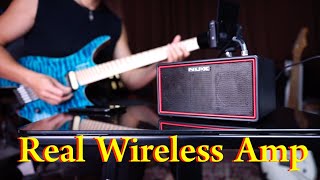 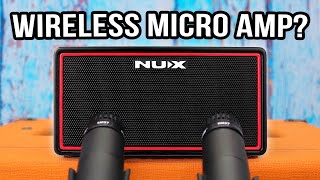 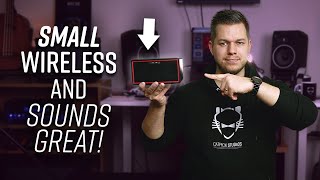 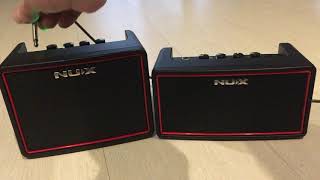 Mostrar todos
Guitar Setups
The range of available guitars and amps has never been greater than it is today, and a huge variety of sounds are easily accessible.
Mostrar todos
Guitar Amps
The following pages give an overview of the various types of guitar amp available.
Resultado do teste:
Ler review