acabamento características som
Review after almost 1 year owning
MAMikael, 28.09.2020
Hello, boys and girls, today I am going to tell you a fairy take about dreaming, ordering, having for almost one year, playing this guitar. Also there will be a bit about thomann's customer service.

So, our story starts on the beginning of 2019 when this model been announced on NAMM and official prices been published. I have sent emails to several online shops in EU with question about purchasing this model and only thomann's managers were very confident with me(+), but if I remember right nobody could say when It will be available for order(-), only that on the first run there will be about 4 pieces for the whole EU, that's why I have bought another model (jpx). That was probably my fault because when it became available I couldn't buy it in time, so i have started to wait for another chance.
Another chance appeared on november 2019 and I have contacted to managers and purchased this model. As a gift shop gave me possibility to choose a top of body because as we know every single guitar is different and there are some very very beauty ones and some really ugly ones (+). Also they gave me possibility to buy it with summer price which was a biiiit lower than current(+). They left 3 string sets for me as well(+). Thanks them.

Aaaaaand on the beginning of December 2020 I have received the parcel with my beauty!
First impression was incredible, it is quite light, doesn't weight too much, has very beautuful top.
Plays amazing, sound heavy, beefy, punchy. On a split-coil on - djenty (!) with good attack. Tone is quite bright and readable in mix when I was doing recording or playing with the band. Even short scale is not a problem and it still sounds readable (I use 10-56 strings and double drop G tune). Also I would like to know, what pickup this model has, because I really enjoyed the sound and would like to purchase them to have it on my another guitar.
Good access to 22-24 frets, first impression was not good after having jpx but then I understood that it's because I got used exactly to jp shape. Neck is very thin, not sooo thin as for example D**n Rusty Cooley or S*******n Raptor but it is still very convenient.
Split-coil on the middle pickup position sounds really cool and I have enjoyed that idea. You don't need to switch push-pull and pickup selector switch, only a switch.
Unfortunately I couldn't say anything about boost because I don't use it and at least for now I don't need it, but if Jason has got opinion that people need it, let it be, lol.

Guitar wood is a combination of alder body and roasted maple neck with ebony fingerboard which is reasonably the most common combination for heavy guitars.

Black satin hardware and satin finish looks really cool in real life, and it is very useful cause when you are on stage and wet your hand doesn't slip on guitar body. Same with neck which is made from roasted maple. I had some bad assumptions that some day satin finish will become glossy, but it is still ok. I had before C******on 7 string guitars and after only several months the finish was looking quite crappy, cause there appeared some glossy spots on satin top.

And now couple word about bad experiences.
I bought a BRAND NEW guitar and I have received some problems straight from the beginning. The guitar has got Schaller M6-IND locking tuner and lock (thread) on the 7th string was broken so It doesn't lock the string. I have contacted the shop managers about this problem and they have promised to send me one new locking tuner but I have never received it, that's why I found useless decision to report them about next problem:
After couple month I have detected that sometimes signal from the guitar just dissappear and after switching the pickup switcher or split-coil push-pull it appears again (electronics?). It is absolutely unacceptable, cause it could ruin you live perfomance and if course, when you buy such guitar brand new, you never expect such troubles.
Comparing with other guitars, that guitar is very sensitivy to weather, air humidity, ... etc other conditions. On the stage you slould always keep in mind to check if the tune is right (literally after every single song!) otherwise ... I think nobody wants to found themselves on the stage in the middle of song or your solo with the guitar out of tune, right?

As the result I would say that it a very good guitar for heavy music, it doesn't have extra features as Majesty has, but bro, do you really need them? It became my favorite guitar from the whole my collection and experience. Even I have had some issues with hardware, electronics and shop service it is still an excellent musical instrument.
Útil · Não útil · Reportar a crítica
Denunciar classificação… 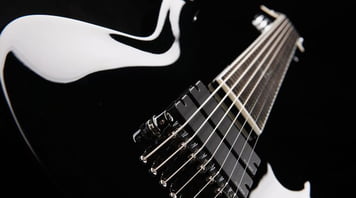 7 String Guitars
In this Online Advisor, created in conjunction with planetguitar.net, we explore the key features of the instruments that have redefined power chords. 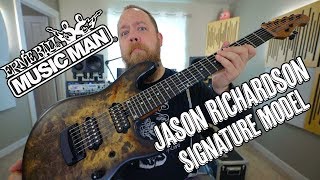 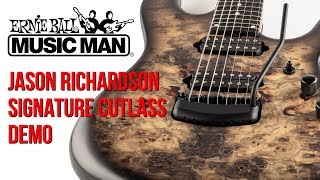 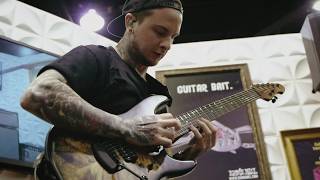 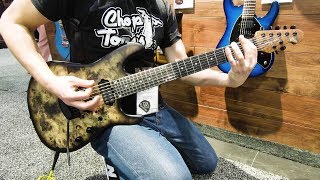 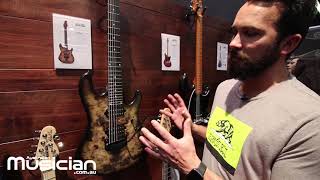 Mostrar todos
7 String Guitars
In this Online Advisor, created in conjunction with pla­net­guitar.net, we explore the key features of the instruments that have redefined power chords.
Resultado do teste:
Ler review