características acabamento som
Focal Alpha 80
10.08.2015
Now, first I wanna say that these are my second monitors, before that I've had Tannoy Reveal 802. Compared to them, the Focals are an entirely different level of everything - build quality, tweaking capabilities and most importantly SOUND.
These guys gave no distortion when I played them to the maximum possible level of my sound card (which is Komplete Audio 6) and I had to play them on the max with the +6dB sensitivity knob on the back turned on to have them distort. The sound, at least in my room, which isn't treated AT ALL (still : ), was very even throughout the frequency range regardless of the volume level. The sound is smooth. I think that's the best word. High frequencies are mild IMO, I'm comparing that to the Tannoys which were really harsh and had my ears ringing in a matter of minutes and I mean a few. So you can do prolonged mixing sessions even on higher levels given you like that. Keep in mind though, that these guys sound BIG and you can easily get your neighbors pissed off and very quickly too. If you are gonna use them in a small room, like 8-10 square meters or so - either just forget about it (buy the smaller ones) or have your room treated really well. Which leads us to bass. It's very rich and full but without being over hyped. It's very well balanced in relation to the other two bands and the mids are very present as well without being "scooped". In general these speakers sound very natural and with all the tweaking capabilities you can easily adjust them to your space. As far as stereo imaging is concerned - I had them placed about 2 meters away from each other (instead of the widely proposed 3m) cause such are my spatial capabilities and yet I felt like I could "see" the sounds (now that's a strange one - FEELING like you could SEE SOUNDS?! LOL) from the midrange up as if they were visualised on a screen in front of me.
Anyway, I'm dabbling now. I wanna finish this by saying that I am by no means close to a professional level musician (yet :D) but my opinion is that monitor speakers have to be THE most subjective piece of equipment in your studio. The way your room is treated is probably 36 times more important than what speakers you have. So, if you can, always first audition the ones you are buying and then just take the ones which sound most pleasing to you. With time you're gonna learn them anyway, with their flaws and their strong sides. Obviously I like those and I'd personally choose them again over any other pair in the same price range. Simply because the price to quality ratio is insane. I hope that helps and I hope it's confirmed from other sources so there can be a trustworthy info on these. Also, time will show as well, cause the materials are a big factor too and the Alphas are a relatively new player on the market.
Thank you for reading. : )
Útil · Não útil · Reportar a crítica
Denunciar classificação…

características acabamento som
Simply excellent
Kaukasar, 10.01.2021
I first bought a pair of Alpha 50 but quickly returned them because they couldn't play any bass and i had no intentions of getting a woofer.

After receiving the Alpha 80 i could instantly tell the difference. The sound is clear and they have enough bass to not desiring any more. The highs sounded a bit damped so i turned up the HF shelving a bit to get the sound i wanted.

I also appreciate the built-in feature of adjusting the high & low frequencies to make the speakers sound great in different rooms and placement.

On the downside, the sound felt a bit boxy, which is typical for budget speakers. The voices didn't sound natural. The bass was also more "boomy" rather than tight and punchy, which i didn't like.

I ended up returning these to get a pair of Adam A7X, which are superior in every way but also more expensive.
Útil · Não útil · Reportar a crítica
Denunciar classificação…

características acabamento som
Impressive , unique Studio Monitors
Giaco98, 01.06.2020
My pair Just arrived and my first impression was overwhelming.
Crystal Clear Mids and highs , unique separated bass . Smooth , but overall with a very critical/neutral tone to make prof. Adjustments.
I route them to an Apollo Twin Mk2 Interface into my MacBook , these boxes got immense power.
Even when listening on a very low DB level you?re able to hear and make the smallest detail touches on EQ.
Its like hearing all parts of a Song separate for the first time.
Unfortunately one of them is fuzzing a lot more in comparison to the other , I have to send him back.
After spending my first 3h with these ,I have to say :
Beautiful, but not for someone who wants the hole thing together. Ideal for professional mixing & Mastering in a well treated room. Therefore it could rarely get better , but I?ll maybe go with some krk?s beside to get more straight vibes when producing.
Hearing all these separation and clarity with the FA80 can get really confusing by times, but is also wonderful & unique experience.

My advise when buying:
-A well treated room is a must when mixing with them.
-Make sure the room is not to small.
-If you like to buy them only for listening, I would recommend a less heavy modell , maybe the Alpha focal 50s . The 80s are heavy and huge giants.
Útil · Não útil · Reportar a crítica
Denunciar classificação… 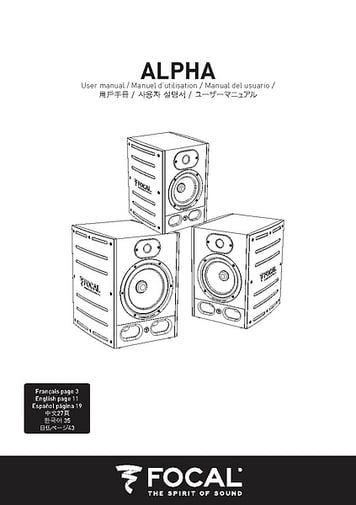 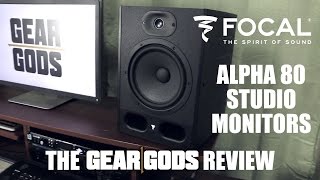 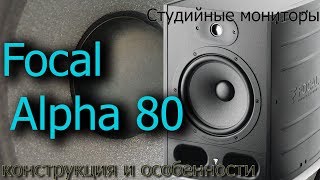