som acabamento
Terrific sound
TonyOsax, 28.06.2018
I have a Fender American Deluxe Telecaster which has the SCN pickups. Personally I think they sound very good, but it's true that they don't have the brightness and twang of single coil pickups and there is always a hint of humbucker tone with them. I have had an on-off, love-hate relationship with the guitar because of this since I bought it in 2006. I finally decided to replace the SCNs with Fender 51 Nocasters.

The thing I am not happy about is the set of fittings that came with the pickups, which are only for vintage style Teles. The screws for the neck pickup just plain do not fit a modern Tele. They are too long for the body cavity and too thin for the pickguard. Maybe I'm being picky, but I think that providing the right kind of fittings for both styles of Tele is a fundamental requirement that Fender should have met.
Útil · Não útil · Reportar a crítica
Denunciar classificação…

som acabamento
Excellent upgrade
27.12.2015
I bought these to upgrade the pick ups in my Squire Affinity Telecaster. The standard pick ups were lacking, but thats not surprising considering the low price.

The Nocasters arrived in 3 days, which i was very pleased about. They were packaged very well and obviously with some thought. I was immediately impressed with the service from Thomann.

I fitted them with no problems, but its worth pointing out that they come with slot head screws rather than cross head, must be for that vintage vibe i guess.

I was immediately blown away by the difference in sound quality - The neck pickup on a clean setting is just superb, the wooliness of the Squire pick up was gone and replaced by such clarity and full bodiedness, its difficult to put into words just how good it sounds.

The neck pickup is equally as good - It still twangs like anything if you want it to, but its got a fullness to it that is just perfect. The two combined is even better, this guitar with my Blackstar amp can give me pretty much any tone i need, apart from high gain metal (but thats not really what these pick ups are about).

I can think of no downside to these, for the money i think they are superb, and i really doubt you could get better no matter how much you spend. My cheap Squire now sounds as good as any Fender, and i'm chuffed to bits.
If you are considering a set of these just buy them, they really are as good as people say.
Útil · Não útil · Reportar a crítica
Denunciar classificação…

som acabamento
51 nocaster pickups
Shay , 02.03.2014
I love my nocaster pickups, I put them into a 62 reissue bound edge alder body rosewood board, made in japan tele. I have another set on order for my 52 reissue made in USA. The nocasters have a vintage tone like the original vintage pickups that came in the 52 but are much clearer and fuller, hard to put in words but more edge with overdrive, more strength compared with a humbucker. I tried texas specials and they were too ice pick like. Nocasters to me are the most authentic. The bridge pickup has RWRP ( reverse winding and reverse polarity) for hum cancelling which is VIP.
Útil · Não útil · Reportar a crítica
Denunciar classificação… 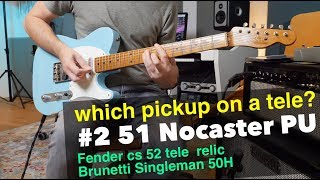 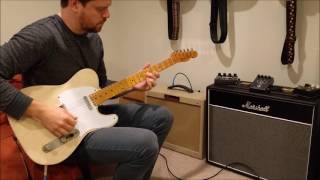 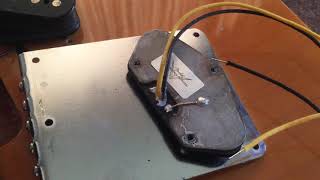 Mostrar todos
Pickups
There is nothing mysterious about the basic principles of the electric guitar pickup.
Resultado do teste:
Ler review