som acabamento
Replaced JBL Control 28 woofer perfectly
Marc D. 534, 07.11.2016
I have 3 JBL Control 28 with dead woofers, so I was looking for a cheap fix. They are used as stage monitors, and I didn't want to spend too much on the fix. So, I wanted to test this Fane Sovereign 8-225 after reading the good reviews on the product page.

I tested it during a live 1h gig, next to another JBL Control 28 (with stock woofer), and heard no tone differences (maybe in a quieter environment, I may hear subtle differences, but as stage monitors, it was doing it's job perfectly)

Pros :
- plug'n'play replacement, except for screws (position doesn't match the JBL ones, but nothing a screwdriver couldn't fix in 30 seconds)

- Sound is pretty good, I could hear my drummer's snare loud and clear ! Maybe a bit too much bass, but it wasn't behind an EQ yet.

Cons:
- none so far (except for the screw positions, if you want to nitpick)

I have two other Control 28 with blown woofer, and I will use this Fane Sovereign to fix them.
Útil · Não útil · Reportar a crítica
Denunciar classificação…

som acabamento
Good for my stage monitor
Rani121, 16.12.2019
I've been using this 10" speaker in my 40cm high stage vocal monitor for more than a year and it works perfectly. We play Hendrix songs. I drive it with a 150W power amp from the mixer. A very good bargain for about 50€!
Útil · Não útil · Reportar a crítica
Denunciar classificação…

som acabamento
Quality is very good
Arvis, 18.03.2020
Price/Performance is excellent , sound is clear. I`m using this speaker in 3-way system , and output is very good. I recommend this speaker to everyone , don`t be afraid of low price , speaker is very good.
Útil · Não útil · Reportar a crítica
Denunciar classificação…

som acabamento
Good All round speakers.
GraemeSPa, 07.12.2017
I bought two of these to replace the blown drivers in my Yamaha portable PA system we use for foldback- the original yamaha drivers are way overpriced and rare as hen's teeth as the PA is old , very old. The Fane units dropped into place with no fuss. Powered up I noticed a warmer sound that stayed as the power was wound up. Not as bright as the original were (before the cones fell out!), but pleasing and with a nice bottom end too. They may be budget range speakers, but these fellers sound good and can handle the load well. I give them 5 stars , no problem.
Útil · Não útil · Reportar a crítica
Denunciar classificação…

PA Speakers
In the digital age, the loudspeaker is the last and unchangeable outpost of analogue technology.
Download gratuito 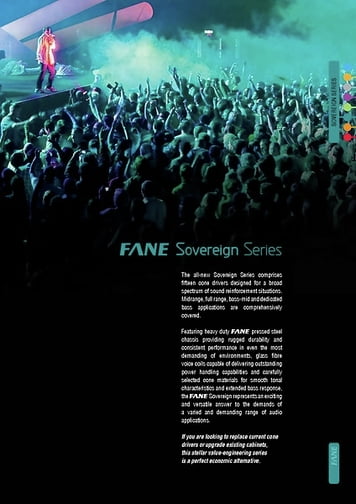 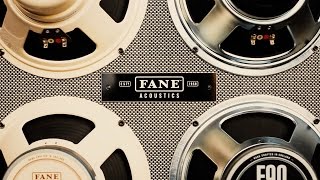