manuseio características som acabamento
Superb sounds, great iPad/computer software, but a little awkward to operate with feet only.
gaonick, 05.03.2015
The quality of the effects on here blew me away. The delays, reverbs, choruses and various Cocteau Twins-ish combos of them are the best available and you also get a free, but very basic, looper patch with it at the moment. You can also get quite decent distortion from it if you want more shoe gaze or Pink Floyd kind of sounds, although the distortion will not suit blues or hard rock people. The range of included patches in the standard model is huge and you'd really only need to buy one or two extras at most, so I personally wouldn't bother with the Max version. The only effect I was disappointed with was the compressor, which sounds pretty uninteresting. I use this straight into a clean tube amp with only a Diamond compressor in front of it and I've found that it's all I need.

Basically you're getting this: tremolo, vibe, several choruses, harmonisers, several delays including tape-style ones, decent distortion, poor compression, and a lot of very adjustable combinations of all the above.

The software, and the iPad version in particular, is excellent. Unlike just about every other comparable product I've used it's completely bug-free and works perfectly. It's a godsend to be able to see exactly what's going on and adjust everything on a screen like that, especially wirelessly, and the creative possibilities are endless. You can even see the excellent tuner full size, so if you have an iPad it's a really useful tool on stage - much more than I imagined.

The built quality is fantastic. The whole thing is a compact chunk of metal with rock solid stomp switches. Compared to the plasticky quality (and sounds) of Line 6 gear it's worth it for this alone, not to mention that the sounds are in a different class. I expect it to last for many years.

The only downside is that it's a little awkward to operate without the iPad/computer, and the Bluetooth only works with iOS devices - cable only for PC or Mac. You can easily move forward to the next patch, bypass the unit, or go to the tuner or tap-tempo with the switches, but anything else is quite fiddly. The main irritation for me here is that if you need to go back through the patches, say from patch 10 to patch 3 again, you have to press the plastic dial in the centre to reverse the direction of the "next patch" stomp switch. This is quite hard to do with feet, so it limits the options for switching patches mid song without the iPad, and it's easy to hit the wrong button if you use your feet. If you use it with the iPad it's no problem at all though.

One final caveat: if you update the firmware and iPad software, make sure you get online with everything connected first, as I hadn't realised the device needed reactivating online to be able to connect to the iPad again after the firmware update, and nearly found myself unable to use it at a gig.

Overall, this is by far the best multi effects unit I've ever used. The quality of the sounds and the build quality is top notch; the iPad and computer software is fairly easy to use, looks very professional and works perfectly; but you'll get more out of it with an iPad/iPhone, although it is perfectly usable without.
Útil · Não útil · Reportar a crítica
Denunciar classificação…

manuseio características som acabamento
Game changer
StaStas, 01.02.2021
Like most multi-effect pedals, it will really transform your pedalboard. I use it in stereo mode after my Strymon Iridium, amazing audio imaging, perfect for touring and recording. Great quality algorithms, great sound, kinda difficult handling, especially without the Barn3, which I strongly suggest buying too.
Útil · Não útil · Reportar a crítica
Denunciar classificação…

manuseio características som acabamento
crazy
Geegee. , 13.07.2020
one of the most versitile pedals I ever owned. good building quality and very handle friendly user interface design. can do almost anything! but only one thing at the time..

see it as a Wild card slot on your pedal board! you can make it whatever you want it to be
Útil · Não útil · Reportar a crítica
Denunciar classificação…

manuseio características som acabamento
Well done Eventide!
09.01.2016
I own an H9 max and got this as my second unit on my board (one in front of amp, one in the loop) This unit was maxed out, due to the H9 max and Eventides policy that will let you max out an additional 4 H9's for a total of 5 as my understanding goes.That's a huge price saving!

The ability to tweak these units over bluetooth from an ipad or phone is super cool and gets one deep if required, even on stage. Other basic operation is easilly done via the panel controls.

I also like the midi features and am going full midi control with a switcher/ looper.

The latest Crustation algorithms are, as for the others, superb and opens up some additional features that I for one never thought possible out of such a tiny unit.

Looking forward to hear what upgrades Eventide has for these units in the future. They certainly will stay on my board for a long time!
Útil · Não útil · Reportar a crítica
Denunciar classificação… 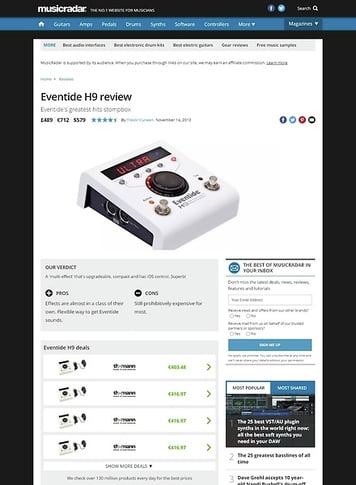 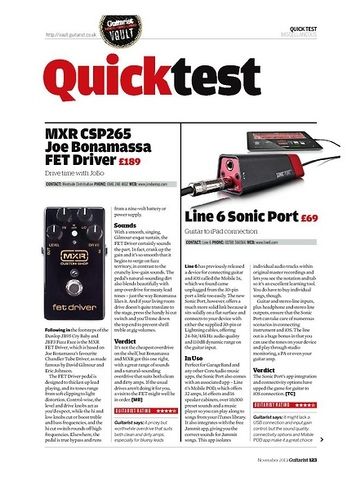 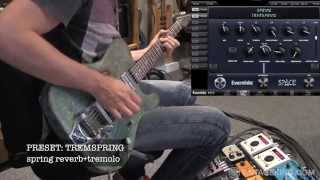 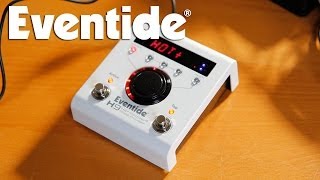 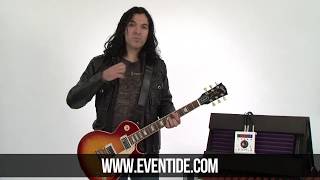 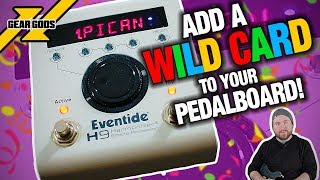 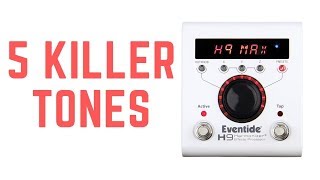 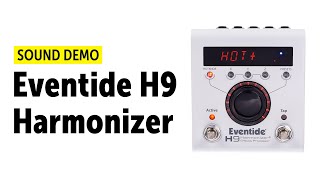