características som acabamento manuseio
For the price you can't go wrong
JCS84, 07.08.2019
Right now Behringer is known for its affordable pedals that sound like other, famous and often expensive and/or discontinued pedals. The Super Fuzz is Behringers response to the suddenly super popular Boss FZ-2 Hyper Fuzz, which can be found in the used market for several hundred dollars or euros. The SF300, despite being incredibly cheap, gets incredibly close to the FZ-2 in all of its 3 modes. So if you like the FZ-2, chances are you will also like the SF300.
But this type of fuzz is not for everyone: it's *not* Pink Floyd or the Rolling Stones. This is an insane, extreme, heavy fuzz that is better suited for more aggressive music such as stoner metal, just like the FZ-2 that inspired it and that was made into a modern classic by bands like Electric Wizard and Monolord.
The only downsides are that the pedal case is plastic (somewhat heavy duty, but plastic nonetheless) and that is not true bypass.
As an FZ-2 alternative it performs great, and at this price it's a steal. Like I said, this is a stoner metal fuzz, and if that's what you're into then get one before they run out.
Útil · Não útil · Reportar a crítica
Denunciar classificação… 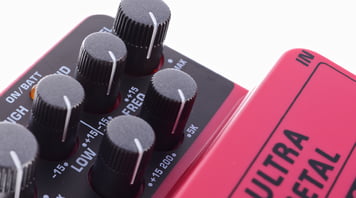 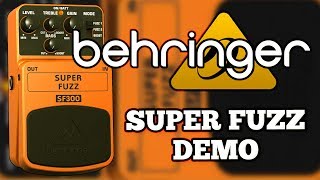 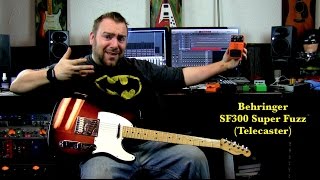 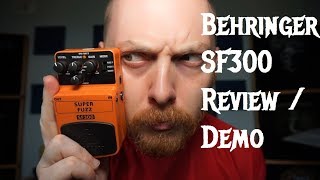 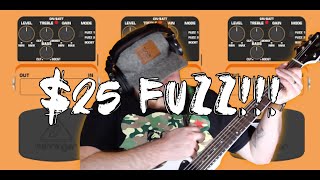 Mostrar todos
Distortion Effect Pedals
A classic Ibanez Tubescreamer or Colorsound Tonebender can fetch many times its original price from guitarists in search of the ultimate killer tone and sustain.