conforto características som acabamento
P16-M Personal Monitor
UK Beachboys, 18.08.2014
I've had this over a year now, so can repot on how it has faired being trucked about the country, and been pretty poorly treated. In short, it's been flawless. It's not that complicated a device - and in my band (A Beach Boy Tribute band) our main monitoring issues is the fact that we have to be able to cope with festival and theatre stages that allow decent separation between us, and other venues who have ridiculously small performance areas forcing us to be far too close to each other. We all play and we all sing, and because of the harmonies we all want very different things in our mixes. In ears for me and the drummer are real life savers - mainly so we can shut out the things that put us off. For me - I want my voice, my bass and the keys. A little of the other voices is all I want. No drums and no guitar! The others need the sound guy to sort their monitors, one at a time, and with the P16, I can dial up what I want so quickly. If, as happens, somebody gets quieter or louder, I can tweak it so quickly. The other handy feature few people seem to mention is that each input to the P16 can be panned left and right - so me and my bass are on the left in my ears and everyone else on the right. The device is simple and just works. The only annoyance isn't really it's fault, but how I'm using it. I have the CAT5 feed to it, but then have left and right returns that go to my in-ear transmitter - three cables is a bit of a pain, but liveable with. I'm about to buy another three. Two of the band have resisted in-ears for ages, but have recently started to use smaller mic stand mounted monitors in an effort to keep stage volume down - they are getting on with these pretty well, so it should now be simple to add more P16s and let them mix their own.

I bought the mic stand mount, but haven't used it, finding it simpler to put the P16 on it's own mic stand. The concept of personal mixing is so much better than relying on somebody to do it for you, and all that up a bit, down a bit which at a distance always causes grief, so I'm a very happy user. 3 more will make my life a lot easier.

I left the 'comfort' category as very good because operation is nice and simple - as I couldn't work out how a mixer has a comfort feature!


Don't forget that you have powering choices - the P16-D which powers them over the CAT5 cable or you can power them individually via the mains PSU supplied - keeping in mind the 2 pin Euro connector. Easy to use an adaptor to UK 13A, and a wrap or two of tape keeps them secure.
An easy product to recommend to people.
Útil · Não útil · Reportar a crítica
Denunciar classificação…

conforto características som acabamento
Perfect product with badly designed accessories
Good job, 09.08.2017
No complaints about the device itself it's a lifesaver. Handy, useful and what not. It works flawlessly. Recommend it big time to anyone who still uses stage wedges (really, just cut this already - it's just a bad habit).
My only gripe is about the way Behringer / Thomann have worked out the transportation issue: the aluminium case that Thomann recommends with it is only 50% useful - you see PM16 needs a "shoe" that connects to it underside. This metal plate , once screwed onto the device, makes the whole case unusable (read: it will not fit into the case anymore. So I have been srcewing and unscrewing this plate EVERY FREAKING GIG and it's driving me crazy! The tiny screws that come with it are almost unique - I have no idea what to do if I lose them (tbh already lost one). So somebody should pay more attention to the transportation issues next time. So far I have not been able to find a ready-made, 100% fitting solution for this problem. But again, this has nothing to to with the product directly, although it affects directly the user experience...
Útil · Não útil · Reportar a crítica
Denunciar classificação… 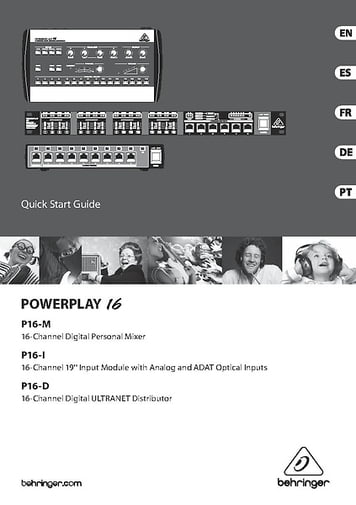 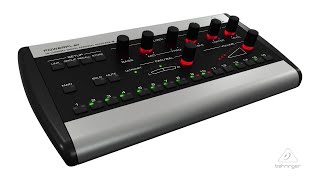 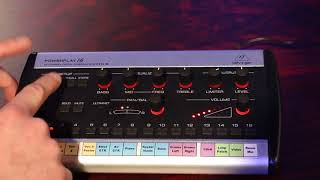 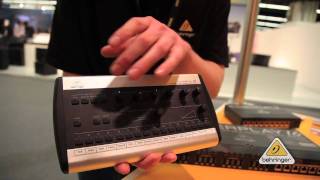 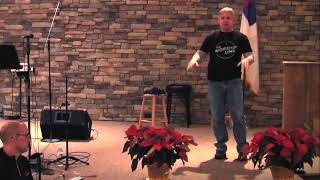 Mostrar todos
In-Ear Monitoring
In-Ear monitoring - reasonable prices since a few years only - a real bliss for any live musician. Why? Find out here.. 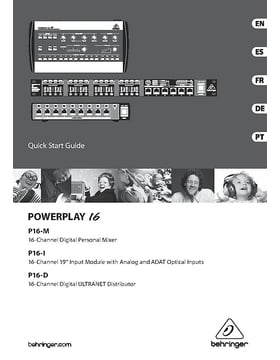