I remember using a few U87's doing my MSc in 'Music and Technology'. They are beautiful to use and could maybe capture anything up to 20KHz that moves in the air. The results were so transparent, that we were mostly concerned with the value we were handling if they were dropped. The results were great and I dot the MSc.

When out of College, I needed a mic that had a similar spec to the U87, but hopefully considerably less expensive. So followed weeks of trawling the internet for data, passionately. Then I discovered the Behringer B2. I have already bought 4 sets of studio monitors with the Behringer brand, and though that they were very professional for the money. Half of them are in use every day. I also bought some half-rack size equipment, preamp and headphone amp/splitter and thought that Behringer 'botched' their design by using plastic cases for the half-racks for otherwise what was studio-quality electronics.

Naturally, with the 30 day return option with Thomann, I thought that took the risk out of the investment of a mere 129 euros. The spec for the B2 is very plain, the usual <100Hz..20KHz and numbers like it suggest that it was largely a copy of the U87. The resultant delivery was encouraging with the B2 having similar features as the U87, a low cut, patterns for Omni, cardioid and figure of 8, and a pad selector. Mechanically equivalent to a U87.

The spec for the B2 shows a slight accentuation in the 'presence' range, other than that it's flat. The rest of the spec for the B2 is convincingly similar to the U87, with the B2 being only 6.45% of the cost of a U87.

The B2 performed well in recording percussion, which was well apprehended by the B2 138 db SPL. (It's not shocked by very loud noises such as drums). I have not tested it yet in it's full range of capabilities, but the basic unit I know is definitely capable of percussion recording.

Considering European trading standards law, and the Thomann 3 year warranty, and also the specification of the B2 mic, if it didn't perform to spec then it may be returnable during that period. Very reassuring for the risk of a mere 129 euros for the achieving of a spec very similar to the U87 (which is 15.5 times as expensive).

The B2 is deliverable in a sturdy little case with foam cutouts for the mic, and the shockmount and the windsock for outdoor use. I expect to order another one sometime in the near future. (Sept 2014)
Útil · Não útil · Reportar a crítica
Denunciar classificação…

características som acabamento
Excellent price / performance ratio
FerreroRocher, 31.12.2019
I've used this microphone for the recording of guitars and violins, and I'm very happy with it. I'm not really professional in the field of recording but as a musician I've been playing for quite some time, and to my ears this microphone gives very natural sound, and that is all that I want.
I must also say that I've been able to test it side by side with some more expensive microphones, and until I came to the category of microphones which cost around 1000€, I haven't really notices big difference.
Therefore, for this price, I think you can't beat it.
Oh yes, although microphone seems to be very sturdy, and the case is also great, the provided shock mount is not really good. It broke after very short time. But, since the replacement is very cheap on eBay, I think it's not really important.
Útil · Não útil · Reportar a crítica
Denunciar classificação…

Large Diaphragm Microphones
They pick up any sound! In this guide, we have tracked down the most popular condenser microphones for you.
Download gratuito 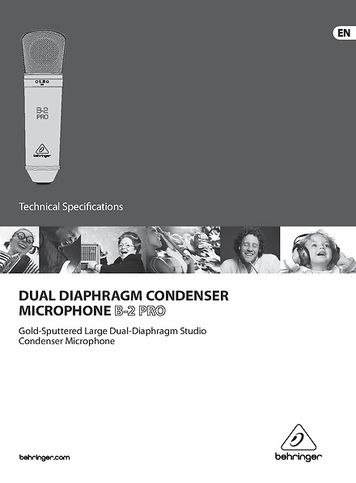 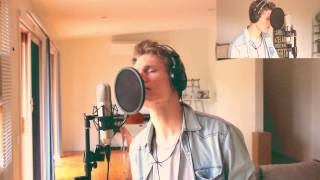 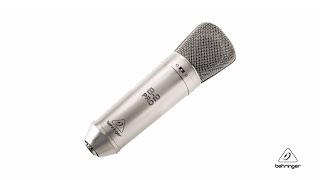 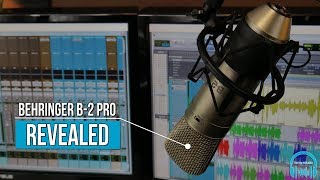 Mostrar todos
Large Diaphragm Microphones
They pick up any sound! In this guide, we have tracked down the most popular condenser microphones for you.
Mostrar todos
Data Sheet
PDF
Resultado do teste:
Ler review