obsługa właściwości dźwięk wykończenie
Zoom R8 Mixer/Digital Recorder/Sequencer - Purchased in November 2018/Delivered very early December
FC Music , 11.01.2018
Great service from Thomann and DHL. Only downside was An Post in Ireland who appear to be unable to state when delivery will occur. Parcel arrived unexpectedly by An Post without prior warning. Luckily I was at home at the time. However, all credit to Thomann for excellent products, pricing, and customer service. I would happily pay a bit extra for a better home delivery service than An Post.
The Zoom R8 itself is a great bit of kit. Compact but robust, clever design and feature packed. The manual isn't 100% but plenty of good YouTube videos especially those by RMenza and BobBrit who have clearly and concisely given excellent instruction on the operating procedures. Sound quality is excellent as long as you have good sound coming in. Always check sound quality and levels before recording. Used quality monitors or headphones. The recording is a doddle and its relatively simple to add effects from presets. Looping and sequencing are easy as long as you use beats and bars as your time sequence. Always remember to set your Tempo to the BPM. I use VSTs from Abelton Lite and as long as the BPM is synched there is never a problem.
I am delighted with this little marvel. My only downside (and this was due to budgetary constraints) is limited 1/4 inch inputs (2) and number of tracks (8). In hindsight the R16 or R24 would have been better suited to my needs but I have a workaround in using the recorder on my keyboard and a bit of Abelton assistance.
A 10/10 for Thomann and a 10/10 for Zoom. I've had a blast since its arrival. Couldn't recommend it highly enough. Like all complex systems you MUST give it time to become familiar with its workings. Some audio mags have clearly not given it time in their reviews. The Zoom does its business efficiently, effectively and very cost effectively.
Przydatne · Nieprzydatne · Zgłoś nadużycie
Zgłoś nadużycie...

obsługa właściwości dźwięk wykończenie
Portable home studio recording!!
Asterios, 17.04.2018
I have already ordered from Thomann Zoom R16, some years ago and I liked it so much that I decided to order again, this time the smaller version, R8!!

obsługa właściwości dźwięk wykończenie
Great multi-tool
Anders Madsen, 12.02.2020
The fact that it can both serve as control surface and external audio interface for your DAW or just be a stand-alone multi-track recorder is really what makes this a great tool for me. Sometimes I just want to record stuff and I don't care to be near a computer or think too much about it. With the R8 I just power it and start recording, it makes me a lot more productive than having to fire up a DAW, hook up cables, pre-amps and stuff — by the time I'm done with all that all inspiration and creativity has left my body.

Most basic operations are pretty straight-forward but some things are well hidden behind several obscure layers of menus—especially when it comes to sampling/sequencing and such. UX-wise this certainly isn't a master piece but it's adequate.

The quality of the built-in effects is about what you'd expect, but I don't really see why it needs any effects at all. I figure most people that use this will be doing post-processing in a DAW anyway in which case they probably already have their favorite effects and presets there.

You CAN do some rudimentary sampling/sequencing with it, but I personally only use it as a fancy metronome and then do real beats later. If that's an important factor for you, then I think you should look for a different device because it's not where the focus of this one lies.
Przydatne · Nieprzydatne · Zgłoś nadużycie
Zgłoś nadużycie...

obsługa właściwości dźwięk wykończenie
Bang for the buck that doesn't feel cheap.
Artur W., 19.07.2013
While I was shopping for new audio interface and external DAW controller for my project studio and a sound recorder for my field work I stumbled upon this device... and it obviously has it all.

The build of the device itself is very solid, the buttons, knobs and faders are responsive.

As an audio interface it does its job perfectly, I used it in Windows 7 and Windows 8 x64 with no issues at all. Latency is not a problem, even on a heavy loaded projects. I'm using it in both studio and on stage.

I also use it as a DAW controller with Sonar X2 Producer and it does everything you'd expect it to do. R8's driver installation package has a special option for installing a Sonar plug-in for easy integration. What I miss in this department is mute button for each channel (the buttons above faders seem to work for "solo" only).

For me, it really shines as a portable recorder. I use it mostly to record voice-overs on various locations, recording with a RODE NTG2 and SAMSON Q7. The phantom power switch comes handy. The interface is easy to understand, workflow is very smooth.

Although it's battery powered, it obviously wouldn't be handy for generic field recording due to its desktop nature.

The drum pads, though nice quality and playable, are a bit too small for my taste and I found the built in guitar effects medicore at best.

For the price, a device loaded with so many features is just amazing. It's so flexible that I soon realized I'm taking it almost everywhere the sound is concerned.
Przydatne · Nieprzydatne · Zgłoś nadużycie
Zgłoś nadużycie... 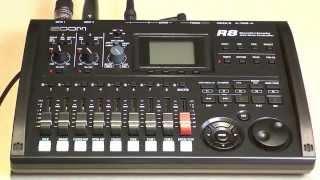 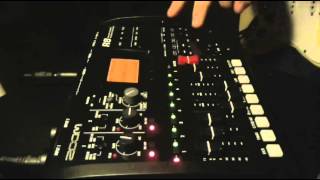 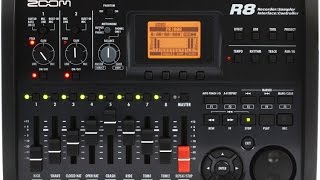 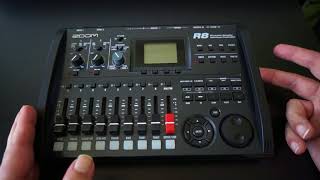 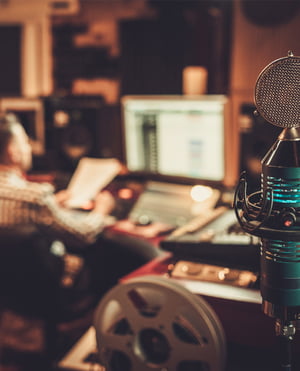