obsługa właściwości dźwięk wykończenie
Incredible and Incredibly small
Lupala, 16.02.2021
I use this amp head with some pedals, plugged into a 2x12 cab. I couldn't tell you how loud it gets, since I never even past the half-way point. That's more than loud enough for me.

When I unboxed the amp I was again surprised by how small it actually is. I've watched quite a few review before buying it, but still... It's almost toy-like in size, like a miniature for on a shelf, showing you're a VOX-fan. But when I first plugged it in and turned it on I completely forgot about the size. It sounds amazing. Just really nice.

Even though this is the clean version, it reacts to your playing. It feels "real" so to speak. You can push it a bit to get some more punch, you can ease off a little to get some cleaner tones. It sounds great, it sounds big, it sounds like it shouldn't be able to come out of such a little head.

The VU meter is just lots of fun, I'll never grow tired of watching the needle bounce around.

There are some downsides... And most of them have to do with the size. The power switch can feel a little flimsy, it's a tiny plastic slide thingy, same goes for the attenuator button. They just don't feel like the rest of the amp. The feel like they should be on a cheap travel alarm clock or something like that...

The buttons on the front are nice, but because of their small size you do tend to turn the button next to it, simply because your fingers touch it / get sandwiched in between. Apart from that, they feel nice, not to light, not to heavy.

The amp is heavier than you expect when looking at it. It sits down really nicely and it won't move or shift when plugging in your guitar. The output plug also feels really sturdy, I use quite a thick speaker cable and it doesn't lift the amp (like you see in some lighter pedals)

It looks ridiculous on my big cab, but it sounds amazing and it's so cool to be able to carry this much power and sound with you in such a small package.

It's fun, beautiful and sounds great. And, not to forget, it's really cheap. I couldn't be happier with it and I can't wait to see what it can do with a bigger cab with band practice (once we can get together again)
Przydatne · Nieprzydatne · Zgłoś nadużycie
Zgłoś nadużycie...

obsługa właściwości dźwięk wykończenie
FANTASTIC LITTLE HEAD
soulfree64, 22.07.2017
This small valve head is in fact a small technological jewel with a true and credible valve sound. I was hesitant before I bought it, then I read several reviews that talked about it very well and I bought it.
I also bought the small cabinet, Vox BC 108, specifically designed for this product.
The valve sound that comes out is really beautiful and credible, even though the cone of the speaker is only 8 inches.
If you connect this small amplifier to a larger cabinet then you will appreciate all the sound shades of the tone.
It accepts well the effect pedals, has an easily manageable volume for many situations and an excellent volume attenuator that does not seem to compromise the sound.
The line output, from the headphone or from a connected sound card, produces a credible sound, a simulation of the real cabinet superior to other sound simulations that I was able to test.
I was very pleased and I would recommend buying this product with the VOX BC112 cabinet if you want to get the most out of this small excellent Vox. Perfect tool for the recording studio.
THOMANN, A top service all over Europe.
Przydatne · Nieprzydatne · Zgłoś nadużycie
Zgłoś nadużycie...

obsługa właściwości dźwięk wykończenie
Unbelievable Sound in a tiny package!!
Jimty, 14.07.2021
I bought this without having heard one in person, I was just going off the reviews. I was quite skeptical because of its size and price, but I was very impressed when I started to play through it.
You could easily gig small venues with this (depending on your drummer!!) - for me it is a great practice amp at home when I don't want to fire up the tubes!!
Przydatne · Nieprzydatne · Zgłoś nadużycie
Zgłoś nadużycie...

obsługa właściwości dźwięk wykończenie
Beautiful little monster!
jojik, 23.05.2021
This small amp it blew my mind!
I use it with a Palmer cabinet with a cannabis rex 12" 8 ohms. At 25 watts The sound is crystal clear! Enough power to play along with real drums!!!
I'm getting excited and I rewire an old homemade cabinet with 4 x 12" celestion vintage 30 at 4 ohms.
It's a tiny monster, It's not a toy!
It's working very well with petals and with a telecaster you can make awesome '50s 60s tones easy.
Przydatne · Nieprzydatne · Zgłoś nadużycie
Zgłoś nadużycie... 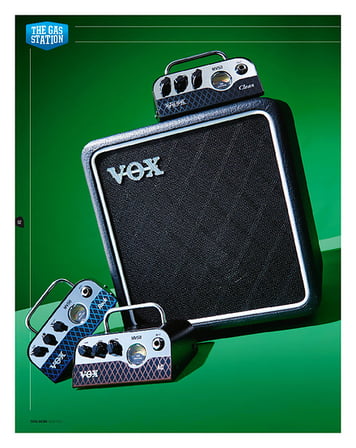 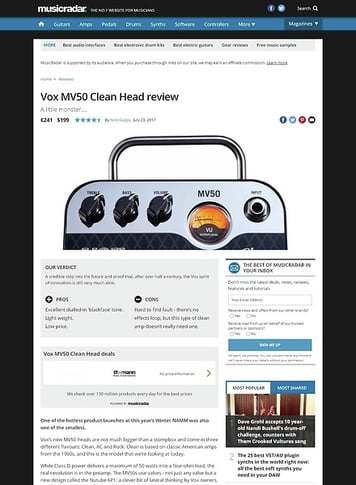 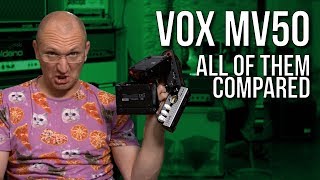 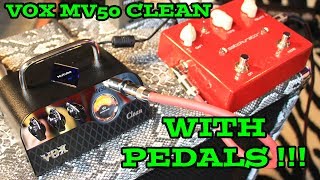 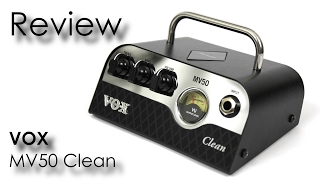