obsługa właściwości wykończenie
Beware
Pete D., 10.11.2013
Bought this and initially, it did make a big difference to my recordings for my relatively untrained ears (at the time). The design flaw comes with the screen bolt for securing the mic shock mount pole, as the thread gets worn such that you can't tighten it anymore. This means that you can only use the filter in a hanging configuration, which can be restrictive.

Wish I'd spent a little more and bought the SE rfx, as I've been looking at how these patented design reflection filters are made. There's loads to look at one YouTube and do your research first! The video here also explained why I've been experiencing some problem frequencies in my mixes, due to cheaper filters actually changing the sonic shape of the vocalist/instrument and the way it's recorded.

If you're just starting out recording and need a quick fix for room ambience, then this is for you. However, if you're looking for something that's a bit more pro get the SE rfx
Przydatne · Nieprzydatne · Zgłoś nadużycie
Zgłoś nadużycie...

obsługa właściwości wykończenie
This Works
duder, 07.12.2016
Got this because I have a small room and not much space for treating the room fully. This Mic screen does the job perfectly. Can totally hear the difference using it. Would recommend it. It was easy to put together and includes the stereo bar setup. It is also adjustable should your singer have an extremely large head. Because lets be fair. They usually do! :)
Przydatne · Nieprzydatne · Zgłoś nadużycie
Zgłoś nadużycie...

obsługa właściwości wykończenie
t.bone micscreen / reflection filter
Scott O., 29.05.2014
I bought this mic screen from thomann 4 years ago. I initially looked at the SE Reflection screen which was a lot more expensive. I did wonder whether there would be a difference in quality and performance. I bought it to do home recordings, however I have used it out on location to record a theatre groups individual solo's as well.
Firstly, the mic screen still looks as good as new, and all bolts etc are still working. Just be careful that the ball at the end of the clamp lever doesn't work itself loose like mine, as I ended up on my hands and knees for 10 mins looking for it after it dropped off and rolled across a theatre stage. The other good thing was that it came with some extras bits in the box to allow you to be able to set it up for stereo mic's. I thought this was an excellent touch.
The unit needs to be fitted to a non boom mic stand, as the whole unit is fairly heavy. I have not done a direct A/B comparison to an SE reflection filter, but to be honest, mine sounded great on vocals and acoustic guitar with my SE2200A mic, and having used a genuine SE filter in a studio, I could not hear any audible difference to be honest. I would definitely recommend this product to others.
Przydatne · Nieprzydatne · Zgłoś nadużycie
Zgłoś nadużycie... 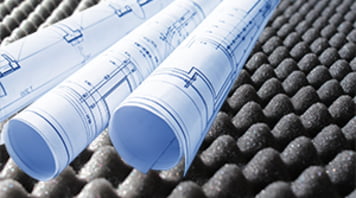 Studio Acoustics
For many ambitious home recording enthusiasts, acoustics is only a sideshow. This online guide will show you why you should still spare a thought for your studio's acoustics.
Darmowe pobieranie 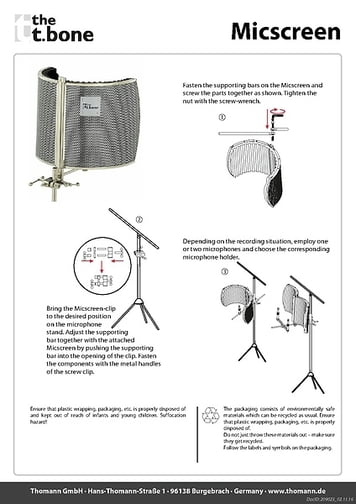 User Manual
Pokaż wszystkie
Studio Acoustics
For many ambitious home recording enthusiasts, acoustics is only a sideshow. This online guide will show you why you should still spare a thought for your studio's acoustics.
Pokaż wszystkie
User Manual
PDF
Podsumowanie:
Przeczytaj test