właściwości dźwięk wykończenie
Good microphones, poor extra's
09.06.2016
This product really interested me to buy it, because of its relatively low price but great quality. I haven?t yet noticed any troubles with the microphones themselves, they just work properly, although I was a bit disillusioned when I saw the set contained 7 microphones, of which 4 are completely the same microphones. That wasn?t what I expected in the first place. I had seen the pictures, but I didn?t thought they would not give you a special snare drum-microphone, instead of just a tom-microphone that you use with your snare drum. That was disappointing.
The other 3 microphones (bass drum, overhead, overhead) are amazing. I don?t have a lot of experience with drum microphones, but the cymbals and the bass drum really sound on record as they do in real life. So that?s pretty great. In general, the microphones are all pretty awesome, I?m just a little sad about the clips to attach your microphones to your toms, the plastic box and the instructions.
I have used my microphones now already a bunch of times on a bunch of drums, and one plastic clip broke. Since then, only my own care for the clips saved the others from the same destiny. It happened on the snare drum. I attached the clip, pressed a little and it broke right away. That was really disappointing at the time. Another clip almost broke the first time I attached the drum microphones to my drums. It was with the bass drum. The box contains 5 plastic clips and 4 tom-microphones, a bass drum-microphone and two overhead-microphones. So I thought: 4 clips to attach the 4 ordinary tom-microphones to the toms and another clip for the bass drum-microphone. But now I know that isn?t the case. None of the clips can be stretched wide enough to attach to the broad edge of any bass drum. I?ve tried it on every drum set I?ve played on: it just doesn?t fit. Than why would they give 5 clips? Now I?ve been forced to buy an extra microphone-stand to keep the bass drum-microphone in place. However, the extra clip turned out to be very useful as I could replace the other, broken clip with it. But I think they should completely reshape those clips, to make them stronger, and to make them able to stretch wider.
About the box I can be quite short. It?s a very useful box, because of the good isolation and protection of the microphones, and also because of its shape, that allows you to stack a couple of light things on it. Also its small size is sometimes quite handy, but I think they have sized it a little too small. To stock the overhead microphones, you always have to get the holders off the microphone, which is, as I believe, a pretty nasty job, because they fit really tight. But that isn?t yet the worst. The box contains also 5 things that make the threads of the microphones smaller, so they fit on most microphone stands and on their own turning wheels that adjust your microphones to your clips. But if they do so with 5 microphones, why don?t they just add 2 extra of those things so also my overheads can stand on a microphone stand? That was really annoying, because I first had to wait until I had 2 more of those clips to be able to use my overhead-microphones.
And then the instructions. The most hateful thing to the instructions is the following: there weren?t any instructions. The box is delivered with to small books, that contain a lot of information in different languages about the different types of microphones, but any instructions about what?s the best position of the microphones, how to attach them to your drums, stereo/mono (the overheads are to be used stereo if you use both, otherwise it?s mono, if you wondered), their fragility, etc. are nowhere to find. So they really just let you do your thing, maybe hoping that you break something and you have to buy a new one? Those things like how to attach a clip to your bass drum, are things I?d really like to know before I break something. And with those words ends this review, about microphones that are really great, and supplements that - excusez le mot - suck.
Przydatne · Nieprzydatne · Zgłoś nadużycie
Zgłoś nadużycie...

Stage Vocal Mics
There are many vocal microphones that are suitable for stage use, from the cheapest dynamic to the most expensive condenser.
Darmowe programy do sciągnięcia 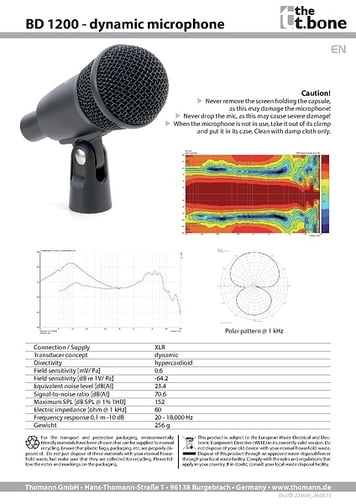 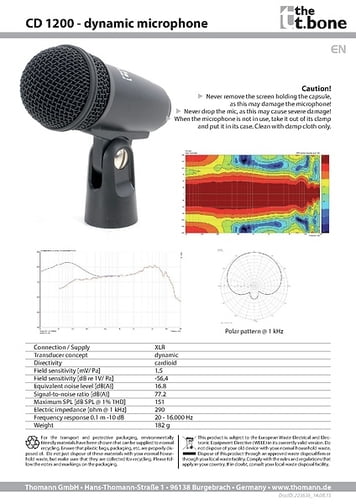 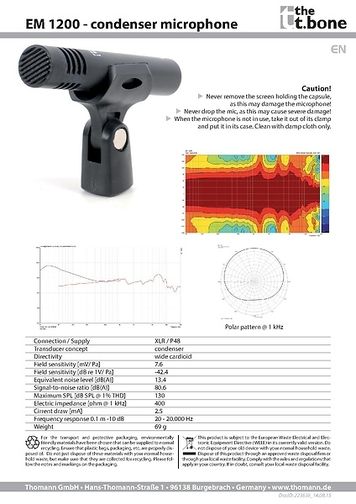 Pokaż wszystkie
Drum Mics
Miking up and recording a drum kit is a fairly complicated procedure, and this can apply equally to choosing the right mics for the job. 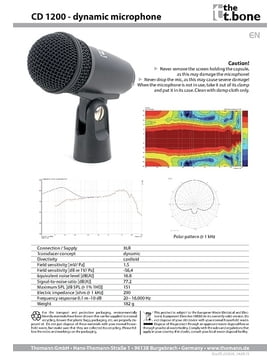 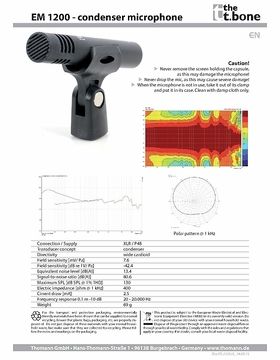 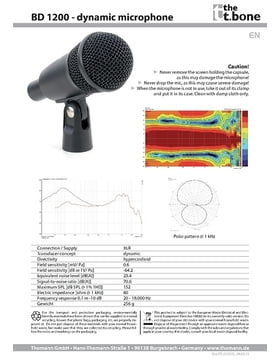