właściwości dźwięk wykończenie montaż
BEAST OF A SUB!!!
Valio, 06.08.2017
I don't care what brand or speaker size of single sub box you've been working with so far, I can promise you that this thing beats them ALL !!!
You can point at any other brand that costs double the price of this one, and this thing will blow each and every one of them clean off, without even breaking a sweat.

Update after 1 year of use:
Maybe I was just unlucky, but mine got bad after just 3 month of use. Both drivers started to crackle after just 10 minutes of light use, and although it doesn't appear to affect the overall sound, it is very annoying when you stay next to it. Due to how far from Germany I live, getting them back for warranty repair, it would have taken at least 2 months and extra 350¤ (for shipping) to get them fixed, so I had to get used to it :(
Przydatne · Nieprzydatne · Zgłoś nadużycie
Zgłoś nadużycie... 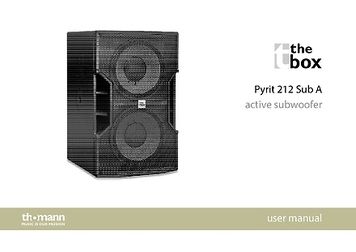 Pokaż wszystkie
PA Speakers
In the digital age, the loudspeaker is the last and unchangeable outpost of analogue technology.

Pokaż wszystkie
Choosing a PA System
Whether youre a fan, a promoter or a performer, the refined craft of live sound is vitally important. 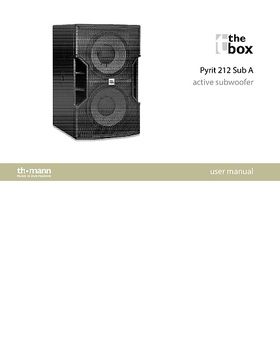